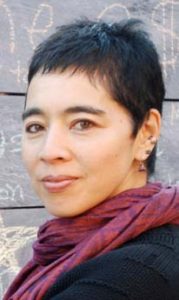 Just because you are homeless doesn’t mean you can’t have a home.

Susan Fraiman, professor in the department of English at the University of Virginia, says the less fortunate find a way to make a home however they can.

As a feminist theorist, my primary interest is in issues of gender and sexuality, whether in “Pride and Prejudice,” “Pulp Fiction,”or accounts of homelessness. I write frequently about Jane Austen and edited the Norton Critical edition of “Northanger Abbey.” My study of narratives of female development (“Unbecoming Women”) features chapters on Frances Burney, Charlotte Bronte, and George Eliot as well as Austen.

My newest book, “Extreme Domesticity: A View from the Margins” (Columbia University Press, 2017), considers eccentric and precarious homemakers (queer, working-class, immigrant, homeless) as the basis for a new theory of domesticity. The book has several aims: to value the labor and know-how needed to produce the space we call “home”; to stress the heterogeneity of households; and to free domesticity from its usual tie to stasis, conformity, and sentimentality. Figures treated in this transperiod study include Elizabeth Gaskell, Edith Wharton, Sandra Cisneros, Jamaica Kincaid, Leslie Feinberg, and Lois-Ann Yamanaka. Genres range from novels and decorating guides to women’s magazines and studies of homeless subcultures.

An earlier book, “Cool Men and the Second Sex,” analyzes the gender politics of scholarship by Edward Said, Lee Edelman, and others. My work has appeared in a variety of journals, including “Critical Inquiry,” “PMLA,” “New Literary History,” “American Literature” and “Feminist Studies.” The article “Pussy Panic versus Liking Animals: Tracking Gender in Animal Studies” reflects my growing interest in Animal Studies.

How the Homeless Create Homes

When we see a guy with a scrawled sign or a woman camped on the sidewalk, our feelings are apt to range from fear and disgust to pity and guilt. Such responses are rooted in longstanding myths about “Bowery bums” and “bag ladies.” We may tell ourselves that homeless people are just free spirits who choose to live outside. More likely, we see them as misfits—at best dysfunctional, at worst criminal.

My research challenges such stereotypes by considering ethnographic accounts in which homeless women and men display considerable agency and resourcefulness. Homemakers once, they are homemakers still. Despite dire circumstances, their efforts to satisfy basic domestic needs resemble those of people everywhere.

Indeed, in the context of homelessness, domestic concerns take priority. Is this a safe, dry place to sleep? Does my kid have cereal for breakfast? Where can I shower? Where can I store my medication? How can I create some privacy and coziness in a public place?

The sources I examine illustrate a variety of domestic strategies. A man eating out of dumpsters uses cooking oil to improvise a lamp. A mother in a shelter makes dinner on a hotplate, serves it on the bed, while still overseeing homework. People living under bridges share food and care for each other when sick. People camping in train tunnels rig up wooden houses, scavenge furniture, and tap into the power grid. Sanitation is poor, but there are murals painted on rough tunnel walls. Some residents have dogs, and one has a gerbil named Peaches.

No home is just given. Every home is the product of someone’s daily labor and creativity. The ultimate take away from this research is to value homemaking in all of its diverse guises.