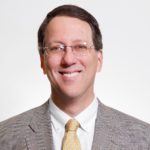 The census can have far reaching implications.

Jay Zagorsky, economist and research scientist at The Ohio State University, explores why we should care about bean-counting our population.

The Importance of the Census

The U.S. Census Bureau’s director, John Thompson, recently resigned.  Why should you care about the resignation of a Washington “bean counter,” who was asking for more tax payer money to fund the 2020 Census?

The resignation is important because the Census helps determine which party controls Congress since House seats are distributed based on population.

The Census is done each decade using the country’s most accurate mailing list. This contains the address for almost every residence. However the list, doesn’t tell officials who or how many people live in each home.

To find out, the Bureau sends out forms to every address. If a form isn’t returned, staff first call and then make personal visits.  These follow-ups are becoming more complicated and expensive, as Americans switch from landlines tied to physical addresses, to unattached mobile phones.

Census staff also tally the homeless, people living on boats and even overseas military.  These extraordinary efforts cost money.  The 2010 effort cost 12.5 billion dollars, or about 40 dollars a person.  Congress’ goal is to spend the same amount for 2020.

Keeping the costs the same actually means a shrinking budget because of inflation.  Inflation has risen 13% since the last Census and we still have 3 years to go.

In 2020 the Census will try to contact every person in the U.S.  There is something simple you can do to save the government money and ensure support for your favorite political party. Just fill in the form when asked.