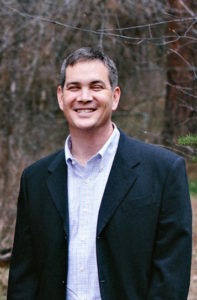 Everyone needs to get revenge once in a while.

Stephen Yoshimura, professor in the department of communication studies at the University of Montana, determines what form of retaliation is best.

You’ve probably heard the saying that “revenge is sweet,” and the tales of revenge that we commonly hear about usually do have an element of victory to them. However, most acts of retribution are not the big dramatic acts that draw headlines, but are usually much less visible, and are not always as sweet as imagined.

Although acts of vandalism, bodily harm, or internet-based revenge easily grab the public’s attention, they can also make a person criminally or civilly liable. Thus, revenge often involves less risky acts such as not returning a person’s calls or text messages, purposefully being unreliable, or being less affectionate toward someone.

Revenge is not always as sweet as imagined partly because people are not very good at knowing how they will feel afterward. And although payback potentially can be sweet, we often underestimate the power that other things in life have over how we feel later. Our later feelings simply don’t depend on revenge alone.

Revenge can also be satisfying when it seems to cause the offender to understand that they did something wrong. For example, research participants felt better about punishing a free-loader in a cooperative game when the person who was punished sent the person a message at the end of the game saying that they understood why they had been punished.

So the satisfaction – the “sweetness” of revenge seems to come from the way in which it is crafted, performed, and responded to. Revenge is most satisfying not when it is deeply harmful, but rather when it has outcomes similar to the initial offense, and when it seems to affect the offender’s understanding that they did something wrong.