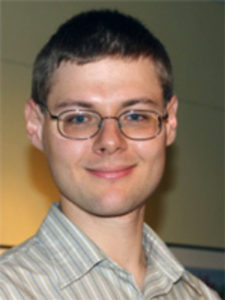 Go with your gut.

Gleb Tsipursky, assistant professor of history at The Ohio State University, determines if this is good advice when hiring your next employee.

I am a historian of science working at the intersection of history, psychology, and cognitive neuroscience. I research emotions, decision-making, meaning and purpose, agency and conformism, community, youth, social control, fun and leisure, and civic engagement in historical contexts, especially the Soviet Union. My publications have appeared in academic peer-reviewed journals and edited volumes in the United States, England, France, Germany, and Russia.

My monograph, entitled Socialist Fun: Youth, Consumption, and State-Sponsored Popular Culture Soviet Union, 1945-1970, is forthcoming with the University of Pittsburgh Press in 2016. Mainstream narratives about the Soviet Union, dating back to the Cold War, portray official cultural activities and youth groups as drab and dreary, militant and politicized. My in-depth examination of the state’s cultural offerings for young people from 1945 to 1970 challenges the remnants of western Cold War-era thinking and presents a much more nuanced image of Soviet culture and youth. In doing so, I shed light on the broader story of how the Soviet authorities attempted to construct a socialist version of modernity, meaning a way of life that is perceived as the most progressive and advanced, as a way of offering an alternative to the dominant western modernity. In the process, I use frameworks derived from psychology and cognitive neuroscience, as well as sociology and anthropology, to illuminate the historical role of emotions, agency and conformism, youth, fun and leisure, civic engagement, social control, community, and individual and government-level decision making. This project draws on archival sources, official publications, the media, memoirs, and interviews I conducted to examine the enactment of the Kremlin’s cultural policy at the local level.

I am also starting a new project on civic engagement, volunteer militias, and youth violence that extends from the Cold War Soviet Union into post-Soviet Russia. For more on my research, see http://www.glebtsipursky.com/research Here is a brief video about my research: https://www.youtube.com/watch?v=KrVE15Plc_8

I teach courses in European and global history, with a specialty in Russian, Eurasian, and Eastern European history. My teaching philosophy holds that students need to learn history in order to comprehend where our society came from, where it is heading, and what role they should take in it. Such study enables pupils to grasp the origins both of their own worldview and that of others, a process that involves reflecting on personal assumptions and learning to understand multiple perspectives. My teaching strives to inspire enthusiasm about history, orienting learners to its principles while laying out the path to lifelong learning. A key aspect of my pedagogy is developing critical analysis, effective communication, and collegial collaboration, interdisciplinary cognitive skills that facilitate success in professional, public, and personal life. In addition, I encourage curiosity, promote independent and creative thinking, and underline the importance of a globally informed outlook. Having acquired such qualities via my own study of history, I am passionate about passing them on to those I instruct. Thematically, I teach on modern European and global history, with a particular emphasis on Russia and eastern Europe. I am happy to mentor graduate and undergraduate students at all levels, whether on matters relating to my research interests, on teaching practices, on the history discipline more broadly, or on professional development.

I live in Westerville with my wife and two cats. In my free time, my wife and I enjoy taking nature walks in the Metroparks, taking trips to various local destinations in the central Ohio area, spending time with friends, and engaging in local community activities.

Go With Your Gut?

Let’s say you’re interviewing a new applicant for a job and you feel something is off. She says all the right things, her resume is great, she’d be a perfect hire for this job – except your gut tells you otherwise. Should you go with your gut?

In such situations, you should be suspicious of your gut. Research shows that job candidate interviews are actually poor indicators of future job performance. Unfortunately, most employers tend to trust their guts over their heads. They hire people they like and perceive as part of their in-group, rather than simply the most qualified applicant. Such reliance on intuition is especially harmful to workplace diversity and leads to hiring bias, including in terms of race, disability, gender and sex. This is the kind of challenge I encounter when I consult with companies on how to handle hiring in ways that not only promote diversity but also avoid lawsuits.

Research suggests that even seemingly minor things like clothing choices, speaking style and gesturing can make a big difference in determining how you evaluate another person. Our guts automatically identify people who are similar to us as belonging to our in-group, raising their status in our eyes – a thinking error known as “halo effect” in the scholarship.

Yet, just because a person is similar to you does not mean she will perform well in a specific position. A good fix is to note ways in which the applicant is different from you, and give them “positive points” for it, as well as giving them “negative points” for ways they are similar to you. Doing so helps override tribal sensibilities to make a more rational, less biased choice that will more likely result in the best hire – and avoid legal problems down the road.