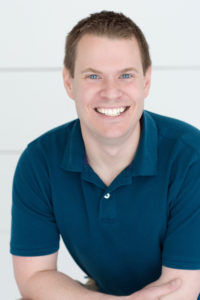 Need help during a time of low self-esteem? Rely on your partner.

Matthew Johnson, assistant professor in the department of Agricultural, Life and Environmental Sciences at the University of Alberta, looks into where to find support during a rough period.

My research program is centered on understanding intimate relationship development from the transition to adulthood into midlife, with a focus on identifying the behaviors and beliefs that contribute to relational and individual health. The unifying theme, and most substantive scholarly contributions, of my research program involve challenging, testing, and refining widely accepted theoretical frameworks with cutting edge quantitative methods. I am primarily involved with two research projects.

Shortly after starting at the U of A, I was invited to join the research team for the Edmonton Transitions Study (ETS), which surveyed over 900 (at baseline) Edmontonians seven times from age 18 to age 43. The original aim of this project was to understand the transition from school to work, but as the participants aged, the focus shifted to other transitions over the life course, such as forming a committed intimate union and having children. This study received an Insight Grant from the Social Sciences and Humanities Council of Canada (SSHRC) to develop a series of manuscripts using these 25 year longitudinal data. I am a co-investigator on this project with Drs. Harvey Krahn and Nancy Galambos. I have developed manuscripts with these data examining how the development of mental health over the crucial transition to adulthood developmental stage (ages 18 to 25) is associated with couple relations decades later in midlife (Johnson, Galambos, & Krahn, 2014; 2015) and the interrelation between self-esteem and symptoms of depression over time (Johnson, Galambos, & Krahn, in press).

Self Esteem, Depression and Your Partner

There has been much interest recently in understanding how self-esteem and depression are intertwined over time, with most studies showing poor self-esteem is a precursor to future feelings of depression. Our study examined how couple relations might be implicated in the self-esteem to depression pathway.

We found receiving support from a partner during times of stress led to reduced feelings of depression one year later and higher self-esteem for women. Men received an added benefit when they provided support to their partner: men’s self-esteem increased after providing support. Experiencing stress leaves us vulnerable, particularly when the stress is especially severe and prolonged, which may be why a partner listening and offering concrete forms of assistance has such a notable and long-lasting impact.

Our study also examined how self-esteem and symptoms of depression influence future support. Partners with better mental health (higher self-esteem for women and less depression for men) tended to receive more support in the future. Those who have a better self-concept and fewer feelings of hopelessness likely possess the capacity to reach out and ask a partner for help when needed, but those partners are also probably better able to manage the stress on their own. Those who would benefit most from their partner’s support are those with poorer mental health to start with, but poor mental health was linked with less support in the future. Why might that be?

It may be hard to know exactly how to support a partner suffering from mental health issues. Someone with low self-esteem or who is feeling depressed may push those close to them away or withdraw when faced with stressors. But our research shows stepping up and offering support in those circumstances, hard as it may be, can yield dividends long into the future.