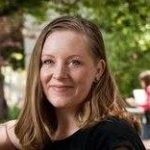 Lisa Wade, associate professor of sociology at Occidental College, considers whether these tragedies are being used as a new form of protest.

Prof. Wade’s research, found in highly-regarded academic journals, involves the relationship between social inequality and the body, especially as sexuality becomes a marker of difference and an arena of social control. She has published extensively on U.S. discourse about female genital cutting, has documented the dynamics of hook up culture, and considered the social significance of the body.  Prof. Wade has also written a series of teaching-related essays. You can see her list of selected publications or full curriculum vitae for more.

In addition to research, Prof. Wade enjoys inspiring her students and the public to think sociologically.  She is the founder and editor of the most widely read sociology blog on the web, Sociological Images.The site is designed to encourage all kinds of people to exercise and develop their sociological imagination by presenting brief discussions of compelling and timely imagery that span the breadth of sociological inquiry.  The website receives over 500,000 visits per month and is followed by users on Facebook, Twitter, and Pinterest.

Prof. Wade is also a regular contributor to Ms., Jezebel, and GlobalPolicyTV.  She has been quoted in the New York Times and on CNN and NPR. She has appeared on MTV, been a guest on KPCC, and was featured in the podcast Sounds Familiar. See her full list of media appearances here.

Prof. Wade frequently travels to deliver public lectures. In 2012 she has had the pleasure of giving talks at Yale, Dartmouth, Harvard, Boston University, UCLA, and the University of Massachusetts, Amherst, among others.

Mass Murder as a Form of Protest

According to the Harvard School of Public Health, mass shootings have been on the rise for decades, and have increased even further in the last five years. Is what we’re seeing just an increase in violence or a new behavior recognized as a way to express a political objection? To the horror of almost all of us, mass murder may be becoming a recognizable form of protest for the violent few.

To register an objection to something about the world, protestors need to engage in an action that other people recognize as a form of protest. Strikes, rallies, and sit-ins are all recognizable ways to stake a political claim. The sociologist Charles Tilly argued that this is a society’s “repertoire of contention.” Activists have a stock of actions to draw from when they want to make a statement.

A culture’s repertoire of contention constantly evolves… and not always in ways we like… and perhaps mass murder is joining ours. Dylann Roof wanted to register his discontent with racial equality, abortion opponent Robert Lewis Dear stormed a Planned Parenthood, Omar Matteen killed to express his disgust for homosexuality, and Gavin Long communicated his sense of rage and helplessness in the face of black death by killing police.

We may never know why some resort to violence. But in these cases… each of the aforementioned men thought, “What can I do to get my point across?” And mass murder came to mind.

The terrifying part is that once protest tools become part of the repertoire, they’re diffused across movements and throughout society. It’s no longer just civil rights activists who use the sit-in; any and all activists do. And if mass murder has become an obvious way to make a political point, we can expect more – and more – in the future.