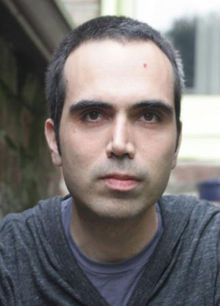 If you listen to this program you know some people speak faster than others.

Uriel Cohen Priva, assistant professor of cognitive, linguistic and psychological sciences at Brown University, determines if fast and slow talkers get the same amount of information across.

One of the fascinating aspects of language is the interaction of multiple constraints of different nature: physiological, cognitive, communicative and social pressures shape human language. Speakers may wish to ease the difficulty of articulating some word, but still need to make themselves understood by others. Change processes that are motivated by functional considerations may adversely affect other functional needs: word-final /t/ deletion in English may be motivated by the redundancy of /t/ in English, but when speakers elide the word-final /t/ in can’t, they fail to make themselves understood. My research focuses on the interaction between those multiple pressures. In particular, I study how perceptual and articulatory pressures interact with the amount of information linguistic units carry.

Language is used for communication, and shares a property all communication systems have: It cannot allow too much information to be transmitted at any one time. We know, however, that not all people speak at the same speed — some of us speak faster or slower than others. I thought that this should lead to a surprising prediction: Fast speakers should use less informative language. Otherwise, if fast speakers used language the same way slower speakers do, they would end up providing too much information at once.

In a study I show that this prediction holds: Fast speakers do indeed convey less information per word, and use simpler syntactic structures than slower-paced speakers. This means that no matter our pace, we all say just about as much in a given time.

To make my findings, I analyzed two independent collections of speech totaling thousands of conversations among nearly 400 English-speaking adults. I carefully analyzed all the transcripts for two basic kinds of information: “lexical” information, which is based on how rare chosen words are, and “structural” information, which measures how unusual the syntax is.

Certainly more research needs to be done, but what I consistently found is that subjects who spoke faster had a lower lexical and structural information rate. On the other hand, slower speakers tended to have increased lexical and structural information. The trend was the same for men and women, though on average men packed a little more information into faster speech than women did.
I don’t believe, however, that men are better speakers. Instead I see some evidence in prior studies that women display more concern about whether they are being understood. Transmitting information, after all, is the point of conversation.