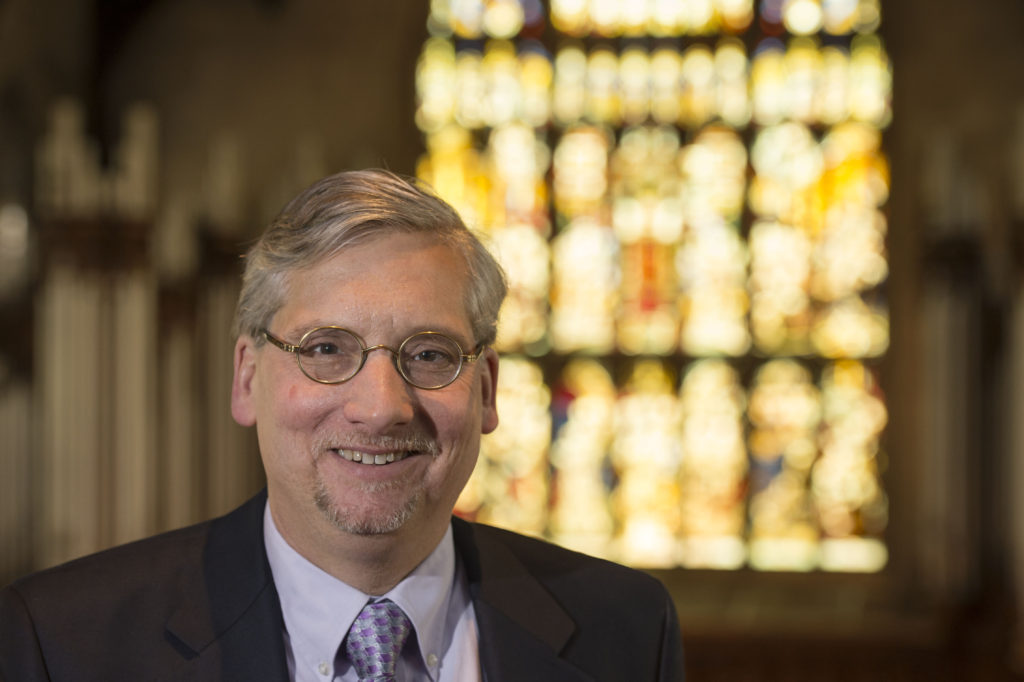 Non-believers are a minority not often talked about in today’s America.

Leigh Schmidt, university professor in the humanities at Washington University in St. Louis, discusses this group.

Leigh Eric Schmidt is the Edward C. Mallinckrodt Distinguished University Professor in the Humanities at Washington University in St. Louis. He joined the John C. Danforth Center on Religion and Politics in 2011.

From 2009 to 2011, he was the Charles Warren Professor of the History of Religion in America at Harvard University; from 1995 to 2009, he taught at Princeton University where he was the Agate Brown and George L. Collord Professor of Religion and served as chair of the Department of Religion; and, from 1989 to 1995, he taught in the Theological and Graduate Schools of Drew University.  He has held research fellowships at Stanford and Princeton and also through the National Endowment for the Humanities, the American Council of Learned Societies, the American Philosophical Society, and the John Simon Guggenheim Foundation.

Schmidt is the author of Hearing Things: Religion, Illusion, and the American Enlightenment (Harvard, 2000), which won the American Academy of Religion Award for Excellence in Historical Studies and the John Hope Franklin Prize of the American Studies Association; Heaven’s Bride: The Unprintable Life of Ida C. Craddock, American Mystic, Scholar, Sexologist, Martyr, and Madwoman (Basic, 2010); Restless Souls: The Making of American Spirituality (HarperOne, 2005), which appeared in an updated edition from the University of California Press in 2012; Consumer Rites: The Buying and Selling of American Holidays (Princeton, 1995); and Holy Fairs: Scottish Communions and American Revivals in the Early Modern Period (Princeton, 1989), which received the Brewer Prize from the American Society of Church History.  His latest book, Village Atheists: How America’s Unbelievers Made Their Way in a Godly Nation, published by Princeton University Press in October 2016, examines how atheists and freethinkers have fared in American public life.

Distrust in Non-Believers in America

Secularization is often still imagined as defining modernity—a process by which religion declines in significance, dwindles in intellectual heft, and is narrowed into a private sphere of individual choice.  Imagining secularity as age-defining, however, misconstrues both religion’s enduring power and secularism’s persistent vulnerability.  That is especially so in the United States where freethinking unbelief has always been an embattled minority posture.  In American political and social life, religion was long elevated over irreligion in defining the rights and norms of citizenship.  Time and again, atheists and nonbelievers were marked as morally deficient and legally second class; they were often barred from holding offices of public trust or from serving as witnesses in court; their freedom of expression was routinely challenged.  “Rights of conscience are religious rights,” one Protestant clergyman insisted in 1844.  “What rights of conscience can atheism, irreligion, and licentiousness pretend to?” he asked.  Whether religious freedom included irreligious freedom was a quandary that would not go away.  Delivering an irreverent lecture, selling ungodly books, delighting in profane cartoons, or even sending a postcard making light of the Bible could land a freethinker in jail.  The dilemmas American secularists faced were far from legal abstractions; they were rough conflicts in which social antagonism and moral outrage frequently ran high.  Only over the very long haul did the principle of neutrality—that the state was to treat believers and nonbelievers on equal terms—come into ascendancy.  Even then, that principle remained much disputed and atheists much despised in America’s God-trusting culture.