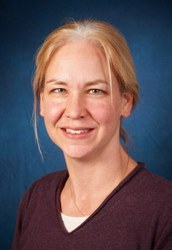 Jennifer Van Hook, professor of sociology and demography at Penn State University, looks at the diversity of rural America and whether it is here to stay.

I am interested in demography, immigrant integration, and health.  One part of my work is to use demographic methods to estimate the size, characteristics, and dynamics of the unauthorized foreign-born population. Another part of my work focuses on the health and well-being of immigrants and their children.

The 2016 presidential election reinforced a stereotype about rural areas, namely that most of the people living there are white.

But demographers have found that racial and ethnic diversity is no longer confined to big cities. Rather, nearly all communities—including nine out of 10 rural places —are becoming more diverse.

The racial and ethnic diversity we see today stems in large part from the large and sustained wave of immigration that started around 1965.

However, we are now entering a new era in which minority groups will soon be self-sustained by natural growth—births over deaths—rather than by new immigration. To provide an example, roughly one-quarter of the U.S. population is projected to be Hispanic 50 years from now. Incredibly, this will not change, even if immigration somehow were halted completely.

How can this be?

It isn’t that Hispanic women have a lot of children –they have only about 2 children each.

Rather, it is because of a process called “cohort replacement.” Children and young adults are much more diverse than older adults. As time passes, the older generations will die and be replaced by the more diverse younger generations.

Reductions in immigration will not change this basic fact.

So at the end of the day, this means that Americans need to learn to live with diversity. Throughout history, notions of who belongs in American society have expanded again and again to incorporate new groups, and this can happen again for today’s immigrants if they are given a fair chance.