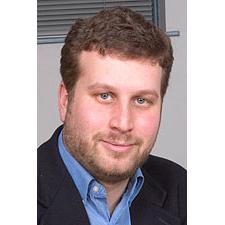 If the Supreme Court oversteps its bounds, who steps up to protect the rights of the citizens?

Corey Brettschneider, Professor of Political Science at Brown University, looks into this question.

Corey Brettschneider is professor of political science at Brown University, where he teaches courses in constitutional law and political theory. He is currently also a visiting professor at the University of Chicago Law School. Brettschneider was a visiting professor at Fordham Law School, a Rockefeller faculty fellow at the Princeton University Center for Human Values, a visiting associate professor at Harvard Law School, and a faculty fellow at Harvard’s Safra Center for Ethics. Brettschneider received a PhD in politics from Princeton University and a JD from Stanford University. He is the author of When the State Speaks, What Should it Say? How Democracies Can Protect Expression and Promote Equality (Princeton University Press, 2012) and Democratic Rights: The Substance of Self-Government (Princeton University Press, 2007). These books have been the subject of several journal symposia, including one most recently published in the Brooklyn Law Review. Brettschneider is also the author of a casebook, Constitutional Law and American Democracy: Cases and Readings (Aspen Publishers/Wolters Kluwer Law and Business, 2011). His articles include “Sovereign and State: A Democratic Theory of Sovereign Immunity,” forthcoming in Texas Law Review; “Value Democracy as the Basis for Viewpoint Neutrality,” in Northwestern Law Review (2013); “A Transformative Theory of Religious Freedom,” in Political Theory (2010); “When the State Speaks, What Should it Say? Democratic Persuasion and the Freedom of Expression,” in Perspectives on Politics (2010); and “The Politics of the Personal: A Liberal Approach,” in the American Political Science Review (2007).

We are often taught that the Supreme Court protects individual rights, like religious freedom and free speech. But sometimes the Court fails to do this. When that happens state and city officials need to step up and protect the constitutional rights of their residents, even if that means opposing federal policies enacted by Congress and the President.

During the John Adams Administration, the nation faced a constitutional crisis.  President Adams signed the Alien and Sedition which punished those who criticized him.  Although the law clearly violated the First Amendment guarantee of free speech, the Supreme Court, dominated by Justices sympathetic to Adams, and with no history of protecting Free Speech, would likely not overturn it.

Denied any possibility of “checks and balances” at the federal level, Madison and Jefferson looked to their home state of Virginia for vindication of the rights they had so recently written into the still new constitution. They convinced the legislatures of Virginia and Kentucky to pass resolutions declaring that they would refuse to enforce the alien and sedition acts because they were clearly unconstitutional.

Now, more than 200 years later, we may be on the verge of a similar crisis. As a candidate Donald Trump threatened to use the federal government, including a Congress controlled by his party, to carry out clearly unconstitutional policies. He has promised forced deportations that failed to respect due process. He has proposed a Muslim registry that would ignore the guarantees of equal protection of law and free exercise of religion.

If the Supreme Court upholds these polices, the mayors of New York City and Providence, as well as leaders of the state legislature in California have promised to resist.  They are acting in the noble tradition of Madison and Jefferson in refusing to cooperate in unconstitutional federal actions.