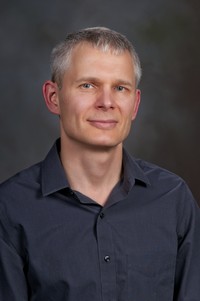 Does observing fear in others change your brain?

The Morozov Laboratory researchers are interested in neuronal substrates of social behaviors. Empathy is an evolutional hallmark that has shaped human civilization by influencing social behaviors. Animals can also express empathy, so the goal of the research program is, by using rodent models, to identify neuronal circuits that underlie empathy and determine how these circuits become altered in pathological conditions relevant to post-traumatic stress disorder, depression, psychopathy, autism, and schizophrenia. Morozov and his team address this by 1) developing genetic and behavioral mouse models that involve empathy; 2) identifying changes in neuronal circuits during transition to pathological states; and 3) establishing a causal link between the circuit and behavior through optogenetic manipulation of circuit elements in behaving animals. The scientists focus on communications between the anterior cingulate cortex (ACC), the primary hub of empathy in humans, and the amygdala, the emotional center of the brain, and on their modulation by the rest of the limbic system. Currently Morozov and his team employ two mouse models in which empathy is involved: a model of emotional trauma, induced by observation of suffering in a cage-mate and a genetically induced model of psychopathy, in which empathy-like behaviors are attenuated. A unique feature of the emotional trauma model is lack of physical pain or distress, which is similar to emotional trauma in humans undergoing psychological rather than physical suffering. By using channelrhodopsin-mediated selective stimulation of amygdala afferents, the scientists found that emotional distress selectively increases NMDA-receptor function in the amygdala input from the ACC. Currently the researchers are testing a hypothesis that the increased NMDA receptor function is causally linked to behavioral symptoms of emotional trauma. The genetic model of antisocial behaviors is mice with hippocampal CA3-restricted knockout of BDNF. These animals are highly aggressive, dominant, and lacking empathy-like behavior, but have normal cognition, which are the traits of psychopathy. Morozov and his team found that oscillatory activity in the hippocampus is altered in the model, and the cause is a decreased activity of 5-HT3 receptor positive interneurons. Currently the scientists are testing a hypothesis that the suppression of 5-HT3 interneurons in the hippocampus is causally linked to the traits of psychopathy. By investigating how brain circuits and molecules control normal and pathological behavior in mice, researchers in the Morozov Laboratory generate knowledge that will help relieve the burden of mental disease on human society.

Like humans, most social organisms, even mice, exchange information not only about social status, resources, threats, skills etc., but also about their emotional states. When someone is in pain, sick or stressed, the neighbors not only recognize it but often re-experience the same state. This is an important adaptation because it mobilizes members of the group to help each other or to avoid danger. On the other hand, receiving information about pain and suffering in somebody, particularly loved ones, witnessing a traumatic event or even learning about it can cause emotional or psychological trauma and trigger development of the post-traumatic stress disorder. Because the events in which people encounter information are common and unavoidable we want to know how psychological trauma changes the brain.

We use a mouse model in which an animal observes fear by being exposed to another mouse that receives mild but unpleasant electrical footshocks. We have found after watching another mouse being shocked, the observer mice become better learners of new information about aversive events. Such learning involves one area of the brain called the prefrontal cortex, which participates in making decisions based on many signals converging from other parts of the brain.

We found that observing fear alters local inhibitory neurons that control receiving those signals. The changes were not uniform. They appeared to increase inhibition of signals arriving in the upper layers of the prefrontal cortex, which is largely the high order sensory information, but to decrease inhibition of signals that arrive in the deep layers and contain a lot of “emotional” information from subcortical structures like the amygdala, which is the fear center of the brain. To summarize, observing fear in others may be preparing the brain for responding to eminent threats, which may also promote excessive fears like in PTSD.