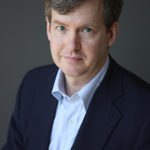 We hear about The Next Big Earthquake, but what about the one that already happened?

Mark Molesky, associate professor in the department of history at Seton Hall University, delves into a tremor of the past.

I study a wide range of subjects in modern and early modern European history, with a particular emphasis on intellectual and cultural history. My interests include the Lisbon Earthquake of 1755, the European and American Enlightenments, environmental history, the history of science, narrative history writing, the history of Franco-American relations, World War I and II, the Holocaust, and the history of classical scholarship. My recent book, This Gulf of Fire: The Destruction of Lisbon, or Apocalypse in the Age of Science and Reason (Knopf, 2015), was awarded  the 2016 Phi Alpha Theta Book Award for Best Subsequent Book and was a finalist for the Los Angeles Times Book Prize.

The Lisbon Earthquake of 1755 was one of the most destructive natural disasters in world history. On the morning of November 1, 1755 (All Saints Day), three seismic tremors, estimated by scientists to have registered 9.0 or higher on the Moment Magnitude Scale, shattered the capital of the Portuguese empire. Soon afterwards, an enormous tsunami, triggered by the quake, hammered the coastlines of Western Europe, Africa, the West Indies, and South America, drowning thousands. It was, however, the disasters’ third component, a hellacious fire, generated by overturned candles in churches and private homes, which caused the most material damage to Lisbon, then the fifth most populous city in Europe and one of the principal centers of global trade.

The reason, my research has shown, that this fire proved so destructive was that sometime during the afternoon of November 1 it became a firestorm, which is a conflagration so intense that it produces its own wind system, effectively pulling oxygen into itself from the surrounding air, thus prolonging its life. Indeed, the Great Firestorm of Lisbon, as I call it, would ravage the city for more than a week, killing thousands trapped beneath the rubble. Survivors’ accounts reveal all the classic elements of a firestorm: a giant ash cloud which hovered above the city for days and heat so intense that eyebrows and hair were singed hundreds of feet from the fire. The blaze became so large in fact that one ship captain espied it thirty-five miles from shore; and many who had escaped to the fields outside the city reported that after dark one could read by its light.

For 260 years, the Lisbon fire has been overshadowed by the great earthquake that produced it. Yet, it deserves to be classified on its own terms with other famous firestorms of the past, like the Great Fire of Rome of 64 AD or the Great Fire of London of 1666.