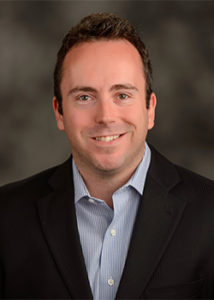 Louis-Philippe Beland, assistant professor of economics at Louisiana State University, explores how graduation rates and other factors are afflicted by these tragedies.

Louis-Philippe is an assistant professor of economics at the E.J. Ourso College of Business at LSU. His research interests are in labor economics, public policy, political economy and education economics.

As researchers studying the economics of education, we conducted a study, on the effect of extreme violence in high schools in the United States.

Using data on school shootings with school enrollment and student outcomes, we found that enrollment in ninth grade (the high school entrance grade) decreased by nearly 6% following a deadly shooting.

We also found that standardized test scores in math and English were lower by 4.9 and 2.9 percent respectively in affected schools. This effect lasts up to three years after a deadly shooting.

We do not find any impact on behavioral outcomes such as graduation, attendance or suspension rates.

Our results show that the impact is more important in schools that are less affluent. High poverty schools have less resources to help students deal with the consequences of the shooting.

These effects are from homicidal shootings, as we find that suicidal shootings have no significant impact on student outcomes. This suggests that the results are driven by the trauma associated with a murder at school.

Our results are aligned with evidence from psychology and economics literature showing that violent incidents can cause post-traumatic stress disorder and poor mental health, thus reducing academic achievement.

Our estimates indicate that students, on average, are highly affected when there is a homicidal shooting in school.

Schools need to respond quickly and adequately in the event of a violent crime. They need to have crisis response plans in place and more resources should be made available to students.

But more than that, school shootings should not happen at all.