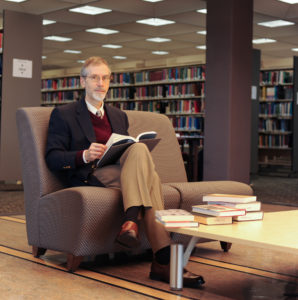 We’re in the middle of an opioid crisis.

David Courtwright, professor of history at the University of North Florida, discusses an earlier epidemic and what we can learn from it.

David Courtwright, Presidential Professor in the University of North Florida History Department, is best known for his histories of drug use and drug policy in American and world history. He devoted his first book, Dark Paradise, to exploring the changing pattern of narcotic addiction in nineteenth- and early twentieth-century America. Courtwright discovered that, although nonmedical addiction was the norm by 1940, when most “junkies” were men using heroin in big cities, the opposite had been true in the nineteenth century. Then narcotic addiction was mostly medical in origin and most addicts were ailing women. Often they had learned about drugs from physicians who prescribed morphine and other opiates, until they and their successors became more circumspect later in the century.

When Courtwright was doing his research, he thought he would never witness a comparable wave of medical opiate addiction in his lifetime. But such a wave did emerge in the late 1990s; by the 2010s rates of medical addiction were higher than what they had been in the 1870s and 1880s.  Physicians and public health authorities called the new crisis the “opioid” addiction epidemic, in recognition of the key role that synthetic and semi-synthetic prescription opioid analgesics had played in igniting it. This time the poster drug for medical addiction was OxyContin, not morphine. Recently, the editors of the New England Journal of Medicine invited Courtwright to compare and draw lessons from the two great waves of addiction. He found reason for optimism—and concern that proven means of treatment were being neglected.

The current wave of opioid addiction is the second such catastrophe in American history. The outcome of the first crisis, more than a century ago, suggests that we can contain the present crisis, which kills 28,000 Americans a year. Physicians caused most nineteenth-century addiction. With few effective therapies, they often resorted to morphine injections to treat painful conditions. Per capita consumption of opiates tripled in the 1870s and 1880s.

The tide turned in the 1890s and early 1900s. Doctors saw the dangers of liberal prescribing. They substituted safer analgesics, such as a new drug called aspirin. Medical students learned that doctors who unthinkingly resorted to opiates were behind the times. Progressive physicians and pharmacists lobbied for local and state laws to control narcotic sales—and shunned colleagues who ignored them. Peer pressure and regulation got results. Per capita consumption of medicinal opiates was actually falling for 20 years before Congress passed national legislation in 1914.

Today the medical profession faces another addiction epidemic. In fact, the situation is worse, given the potency of the prescription opioids that triggered the crisis, the greater diversity of addicts, and the availability of nonprescription alternatives, such as heroin spiked with fentanyl. Yet there is hope.

What we need now, is greater caution in prescribing. When doctors create fewer new addicts prevalence will diminish, as existing addicts will eventually either quit using or succumb to age, disease, or overdose.   The other urgent task is to help addicts who can’t quit. Unfortunately, there is still prejudice against maintenance with methadone or buprenorphine, a partial opioid agonist. The prejudice hinders prevention. Reducing overdoses, social complications, injection drug use, and lethal infections is hard to achieve if abstinence-oriented treatment is the only option. Yet this remains the situation in many places, where officials regard methadone and buprenorphine as unacceptable “substitute addictions.”

It’s a mistake that has cost thousands of young lives.