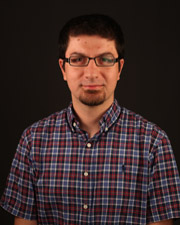 Everyone hates bag fees at the airport.

Mazhar Arikan, assistant professor in the school of business at the University of Kansas, discusses whether bag fees may have some benefits as well.

Analytical and Empirical Study of Delivery of Healthcare Services.

When most major airlines began charging flyers for checked bags in 2008, travelers grumbled.

And one of the most successfully airlines in history — Southwest Airlines — even resisted and seized a new marketing slogan “bags fly free.”

But our research has found those grumbles and that slogan might be misplaced.

We examined planned and actual departure times for all recorded commercial U-S flights one year before and one year after most airlines switched to baggage fees using publicly available Federal Aviation Administration data.

And we found that airlines actually *improved* their median departure times by 3-4 minutes and reduced their delays by about 1-2 minutes on average, once they started charging for the first or second checked bag. These improvement times are estimated by controlling for several factors that might impact on-time departures such as weather, airline and congestion at the airports.

Even though this 2 minutes per flight seems small, considering the number of flights per year the 2 minutes would save about $1 billion for the entire industry.

As passengers began to check less bags, this meant airlines had to devote less resources to moving the bags across the airport and when changings plans at hub airports.

We also found by using actual complaints data that passengers complained less about problems with their baggage.

As more flights took off on time, not only were passengers happier but airlines had more time to offer additional flights to serve a greater number of passengers.

And while Southwest doubled down on not charging for fees – they’re performance improved as well – but not as much as its rivals.

So the next time you might grumble about paying for a checked bag or deciding to carry on – remember that it likely means your overall airline experience will be more positive.