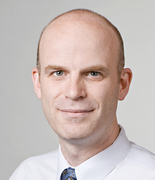 Traces of supernovas in the cosmos could be in our oceans.

Shawn Bishop, professor of experimental physics at the Technical University of Munich, discusses if this is a clue to an extinction event from our past.

Started out his scientific career a long time ago, in a galaxy far, far away. Specifically, he hails from Hamilton, Ontario, Canada, and obtained his B.Sc. degree at McMaster University.  Hearing the call of the west, he then attended the University of Victoria, British Columbia, for his M.Sc. in particle physics. Needing a change, he then went to Simon Fraser University, Burnaby, British Columbia, for his Ph.D. in experimental nuclear astrophysics. The west continued calling, it seems, because from Vancouver he flew westward to Japan, and did his postdoctoral work at the RIKEN (http://www.riken.jp/en/) national laboratory, continuing in experimental nuclear astrophysics. Completing the whirlwind tour of the globe, he landed in Munich, Germany in fall 2008, where he has been since, continuing in experimental nuclear astrophysics, inspiring incoming physics students, and using a laboratory just 200 m from his own office, and plumbing the depths of the Pacific Ocean to discovery the traces of supernova on our planet.

Supernova Ashes and an Extinction Event

Massive stars are the cosmic engines of nucleosynthesis – being responsible for the production of chemical elements from carbon up to iron. The end of their existence is a cataclysmic explosion called a “core collapse supernova”, which results in the ejection of about 10 solar masses of material into the intersteller medium carrying freshly synthesized elements, including a radioactive isotope of iron: so-called iron-60. Iron-60 has no production sources on Earth. Therefore, iron-60’s presence on Earth, if ever found, would be direct evidence of an Earth-supernova interaction.

Using an experimental technique called “accelerator mass spectrometry”, my research colleagues and I were able to find live atoms of iron-60 within magnetofossils extracted from two Pacific Ocean sediment drill cores. We have found that the iron-60 signal begins around about 2.6 Myr ago, at the plio-pleistocene boundary, which also coincides with a known marine extinction event. And so we have on our hands a cosmic detective mystery: could it be that this supernova was in some way at least partially responsible for this extinction event? Time may tell.