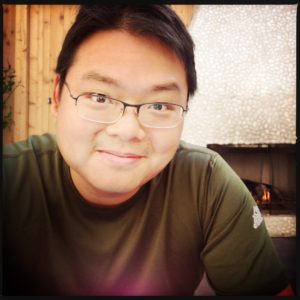 Politicians make a lot of apologies.

Benjamin Ho, associate professor of economics at Vassar College, examines whether these apologies work and if there are consequences either way.

Ben Ho is an associate professor of behavioral economics at Vassar College who applies economic tools like game theory and experimental design to understand social systems such as apologies, identity, fairness and attitudes about climate change. Before Vassar, he taught MBA students at Cornell University’s Johnson School of Management. Professor Ho was also lead energy economist at the White House Council of Economic Advisers, and has worked and consulted for Morgan Stanley and several tech startups. Professor Ho also teaches at Columbia University where he is a faculty affiliate for the Center for Global Energy Policy. His work has been featured in the New York Times and the Wall Street Journal. Ho holds seven degrees from Stanford and MIT in economics, education, political science, math, computer science and electrical engineering.

Should politicians apologize? That question kicked off my research into the economics of apologies, back when the political news of the day was dominated by Bill Clinton’s sexual liasons and Silvio Berlusconi’s outrageously populist statements. Scandals that are both curiously relevant today.

But why, you might ask, is an economic game theorist like me, researching apologies. In fact, apologies are crucial to the economy. Any market system depends on relationships, and laws and contracts can only do so much to maintain them. Ultimately, working relationships depend on trust. Apologies are the key to restoring trust.

So should politicians apologize? Apologies serve as a way for people to signal their trustworthiness after making a mistake. Just like a peacock’s tail feathers signal his fitness as a mate, an apology signals that the relationship is worth restoring. The central finding from my lab experiments and mathematical models is that apologies only work as a signal if the costs are high enough.

Paradoxically, we want people to apologize, but we also punish those who do. The punishment is key because it makes apologies hard and that gives apologies meaning.

Psychologist Lara Tiedens designed an experiment where she showed two groups of subjects videos of Bill Clinton talking about Moinica Lewisnky. One video showed Clinton apologetic, the other video showed Clinton angry. Subjects who saw apologetic Clinton liked him more and forgave him. However, subjects who viewed angry Clinton liked him less but were more likely to vote for him. The apology worked but it came at the cost of his electability.

So should politicians apologize? The answer comes down to properly weighing the costs and benefits. Apologies increase a candidate’s likability at the expense of his or her reputation.