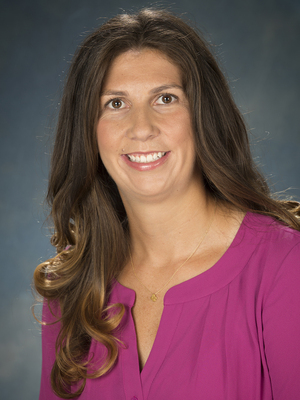 Learning with younger classmates may not be helping some preschool children.

Purtell’s research focuses on understanding how contextual factors shape health and development among low-income children and adolescents, and on how policies and programs can enhance the developmental trajectories of these youth.

Preschool is a great way to get children ready for kindergarten. But preschools that mix children of different ages may hurt the educational development of the older children. Despite the fact that mixed-age classrooms represent one of the most common models of education in early childhood programs, how they influence children’s early learning has long been debated, with limited empirical support. We examined mixed-age classrooms in Head Start, the nation’s largest federally funded preschool program.

In our article, my colleagues and I examined the implications of classroom age composition for 3- and 4- year-old’s academic development. We looked to see if being in a classroom with a greater number of 3-year olds, as opposed to 4-year olds, was associated with children’s growth in literacy and math. Our data comes from a sample of almost 3,000 3- and 4-year-old Head Start children from across the country during the 2009-2010 school year. 77% of children were enrolled in a classroom that served both 3- and 4-year-olds.

Our results showed that 4-year-olds made fewer gains in mathematics and literacy skills during the preschool year when they were enrolled in classrooms with a greater number of 3-year-olds. When as many as 45% of their peers were aged 3, these lost opportunities amounted to roughly four-to-five months of academic learning. In contrast to the experiences of 4-year-olds, classroom age composition was not associated with the early learning of 3-year-olds. This is notable as many believe that mixed-age education benefits the younger children in the classroom.

Our study provided insight into the potential ramifications of classroom age composition in Head Start. Our findings that 4-year-olds made fewer academic skill gains, and 3-year-old children were no better off, in mixed-age classrooms indicate that we need to pay closer attention to the implementation of mixed-age classrooms in preschool settings.