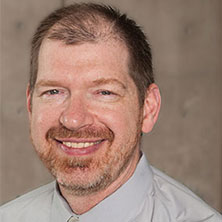 Who was Rosie the Riveter?

James Kimble, associate professor of Communication at Seton Hall University, on why the person we thought was Rosie all along, may not be the real thing.

Most of my scholarship involves domestic propaganda and the way it helps to construct a rhetorical community even as it fosters depictions of an enemy or Other. The discourse of the World War II home front draws most of my attention, although I have also published research on the Civil War era and the Cold War.

Who was the real Rosie The Riveter?

With her polka-dot red bandanna, outstretched arm and flexed bicep, this icon confidently exclaims “We Can Do It!”  She’s Rosie the Riveter . . . and up until now almost everyone thought they knew her real name.  We’ve been wrong.

The general cultural understanding, even among historians, has been that the model on whom artist J. Howard Miller based his “We Can Do It! poster was named Geraldine Hoff Doyle, a teenager who worked in a Michigan war factory in the summer of 1942.  When Doyle passed away six years ago, media obituaries across the world, erroneously mourned the loss of the famous face in the poster.

But as my research shows, a much more likely candidate for the poster’s model is a woman who worked at the Alameda Naval Air Station in California in 1942.  Her name is Naomi Parker.  She is alive and well, but, painfully, forgotten to history.

At the center of this controversy is a press photograph, long thought to have inspired Miller’s poster, of a woman in a polka-dot bandana, in a factory, working at a lathe.  Doyle believed that she was the subject of the photograph, and her belief convinced many media sources and, eventually, an entire culture.  But my investigation into the poster unearthed an original copy of that photograph, and the attached caption clearly identified the woman at the lathe as Parker, in Alameda California, not Geraldine Hoff Doyle in Michigan.

There is a cautionary tale here worth heeding:  In the age of the internet, stories often multiply and feed upon themselves, citing each other as sources, all distressingly void of independent research. And Doyle’s story, because we now know it isn’t true, can, and does, forensically tell us a lot about modern media. And what it says is frankly disturbing.