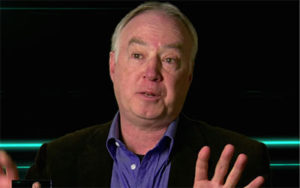 Frank McAndrew, professor of psychology at Knox College, details why the memories made during our formative years are so strong no matter how old we are.

To the extent that there is a common theme tying my research together, it is that I study human social behavior from an evolutionary perspective. I am especially interested in understanding the psychology of everyday life. Why do we enjoy gossip about celebrities? Why do some people name their children after themselves while others do not?

My current research projects are concerned with aggression, gossip, and creepiness, and I write a blog for Psychology Today Magazine titled “Out of the Ooze: Navigating the 21st Century with a Stone-Age Mind.” I am also interested in environmental psychology, which is the study of the relationship between people and their physical environments, both natural and human-made. I have written a successful textbook in this area, Environmental Psychology, that has been translated into Chinese.”

Many of us remember high school with an emotional mixture of nostalgia, anger, and embarrassment. The splintered social world of competing cliques grinding each other up in the gears of the social hierarchy is not easily forgotten.

Memory researchers have in fact identified something called the reminiscence bump, which means that our strongest memories come from events between the ages of 10 and 30; even the music from those years gets imprinted on our brain like nothing that comes later.

What is it about this period of our lives that makes it so memorable?

In a nutshell, it is the collision between evolution and that holding pen for teenagers brimming with hormones known as “high school.”

In our prehistoric world, your social position in the group was set during adolescence; it was just not possible to move somewhere else and start over.   A person who was a loser at 18 was unlikely to rise to prominence at 40. And so, adolescent competition had lifelong consequences.

Emotions signal the brain that important events are happening, and the teen years are chock full of emotional social feedback about one’s skills, attractiveness, and status. Obsessing over this feedback can fuel a never-ending thirst for popularity.

Strong conformity pressures during this time ensure that you do not stray too far from the peer group’s values; ostracism from the group in prehistoric times was tantamount to a death sentence.

We were also programmed to remember details about the character of our peers. We absolutely needed to remember who has treated us well and who has not, and the side effect of this is a strong propensity for holding grudges. It may protect us from being taken advantage of again, but it can also make for some uncomfortable moments at high school reunions.

Given all of this, it is no wonder that English Romantic poet Robert Southey wrote that the “the first 20 years are the longest half of your life, no matter how long you might live”.