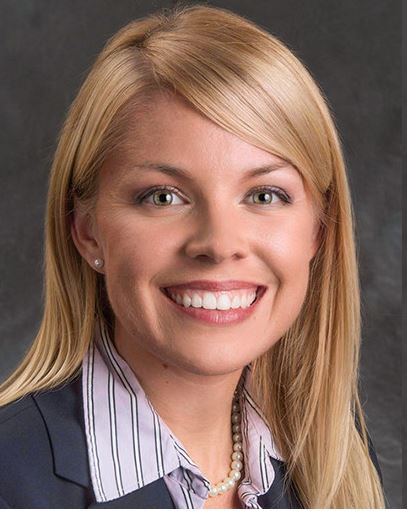 Studying women in politics helps us understand the past and how to improve the future.

Laura Albright, assistant professor of political science at the University of Indianapolis, examines the life of a former female governor, and shows us how far we still have to go.

Laura Albright is an assistant professor of political science at the University of Indianapolis: http://www.uindy.edu/cas/history-political-science/faculty Her teaching, research and writing focus on gender and race politics, political campaigns and voters, and women both as candidates and among the electorate. Albright earned her PhD in political science and her MA in women’s studies from the University of Alabama.

Her current research focuses on the life and political career of Alabama’s first and only woman governor, Lurleen Wallace, wife of that state’s controversial former governor, George Wallace, and the only female governor of a U.S. state to have died in office. Professor Albright’s education includes:

– MA in Political Science from the Ohio University

– MPA in Campaign Management from the University of Alabama

– MA in Women’s Studies from the University of Alabama

– PhD in Political Science from the University of Alabama

Lurleen Wallace and Women In Politics

As part of my research looking at women in American politics, I have recently examined the political life of Lurleen Wallace, who was elected governor of Alabama in 1966 after her husband, former Governor George Wallace, could not run for re-election because of term limits. George persuaded Lurleen to run–and she became Alabama’s first woman governor, even though she was battling cancer.

Education and healthcare were strong interests of Lurleen Wallace and she campaigned on them. While she also emphasized segregation in schools, to her credit, she was very influential in mental-health issues. She was the first governor to tour the mental hospital in Tuscaloosa, where she saw decrepit conditions. Saying she “refused to have other people’s children treated this way,” she accomplished a reevaluation of mental health in Alabama, and brought more awareness and resources to the issue. No other governor in the state had done that.

She lost her battle with cancer in 1968 after serving in office just 478 days, and remains the only female governor of a U.S. state to have died in office.

While her medical records reveal that it was clear she was not going to survive her illness, every press release and speech George Wallace made at the time emphasized that she was “improving” and almost back at full health.

Lurleen Wallace was not told about her cancer when her doctors learned of it—because, abiding by the customary practice of the time, the doctors informed a woman’s husband of her health, and let him choose whether to tell her about it. She only found out about her cancer when a mutual friend accidently revealed that this diagnosis was not her first but rather a likely recurrence.  George had informed his staff, but not his own wife, the most politically powerful woman in the state.

Studying women in politics offers insights on some of our nation’s growth and remaining challenges. By recognizing our history, both the good and bad, we can appreciate how far we have come and can be inspired to improve and progress even further.