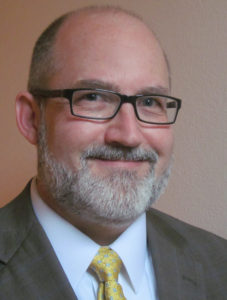 Thunderstorms are a summertime staple across the country.

Joseph Dwyer, professor of physics at the University of New Hampshire, explains scientists are still studying these storms to get a handle on how they actually work.

Joseph Dwyer received his PhD in physics from the University of Chicago in 1994, working on cosmic-ray astrophysics. He worked as a research scientist on gamma-ray astronomy and space physics at Columbia University and the University of Maryland before joining the faculty at Florida Tech in 2000. In 2002 he became interested in lightning physics and in 2003 helped establish that lightning emits bright bursts of x-rays. He has since made contributions to terrestrial gamma-ray flashes (TGFs), terrestrial electron beams (TEBs) in the inner magnetosphere, x-rays from laboratory sparks, and relativistic feedback discharges (aka dark lightning), helping establish the new field of high-energy atmospheric physics. Dwyer served as head of the Physics Department at Florida Tech before moving to the University of New Hampshire in 2014. He is now Professor and Peter T. Paul Chair in Space Sciences Space Science Center (EOS) and the Department of Physics at UNH.

It’s no secret that lightning is dangerous. It strikes our planet millions of times each day, delivery tens of thousands of amps of electricity to whatever it hits.  Lightning is also something that we don’t understand as well as we should. To keep people and property safe, we really need to understand how lightning works.  And, as the world warms, it’s likely that there will be even more lightning.

Right now, physicists are trying to figure out how lightning gets started, how it moves, and why it strikes one thing and not the other. These are very basic questions on which we scientists are trying to get a better handle.

Ideally, the best place to be to learn about lightning is inside a thunderstorm…but making measurements there is really hard to do.  Thunderstorms are big, dangerous places that pilots usually try to avoid, but even if you do manage to get an instrument inside a storm, the instrument could easily trigger lightning long before the lightning would occur naturally.  In other words, just by being there, we affect the thing we are trying to measure.

It is also difficult to study lightning from the ground. Lightning is so unpredictable and it moves so fast that you never know where to set your camera or your instruments. It’s just not something that lends itself to taking the kind of detailed measurements you need.

I was aboard an aircraft and the pilots accidently went through the middle of a thunderstorm. We plummeted 3000 feet while violently rolling back and forth.  I thought that I was going to die. The whole event lasted just a couple of minutes, but we got a goldmine of data while inside that thunderstorm.

There have been quite a few exciting discoveries in recent decades that shattered the notion that the atmosphere is a boring place. The fact is, scientists are just beginning to understand some of the mysteries of our atmosphere—and there’s a new appreciation for the fascinating things to be discovered just above our heads.