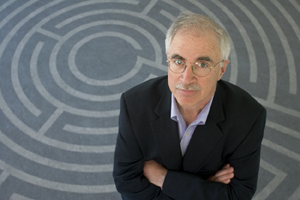 Did you wash the dishes in the sink before work this morning?

Howard Eichenbaum, university professor in the department of psychological and brain sciences at Boston University, discusses how the brain suppresses some memories to better focus on the tasks at hand.

When we arrive at work, we remember the projects of the day and suppress memories of nagging chores at home.  When we return home, we instead remember those chores and take a break from thinking about work.  How does the brain support our capacity to use the context of current experience, in this case work or home, to guide retrieval of the relevant memories and suppress otherwise interfering memories?

We studied this problem by monitoring the brain’s activity patterns in animals performing a task where spatial context guides a reward memory. In the context of room 1, the animal had to remember that pot A contained a sweet cereal reward whereas in the context of room 2, pot B had the cereal.  We focused on two brain areas known to be important for memory, the hippocampus and the prefrontal cortex.

We discovered a dialog between these brain areas that reveals how they cooperate to support memory.  When animals enter one of the rooms, neurons in a part of the hippocampus, known as the ventral hippocampus, code for that specific room. That information is sent to the prefrontal cortex, which uses the signal to code the appropriate rule for associating that room with reward in a particular pot.  The prefrontal cortex then applies the rule to the dorsal part of the hippocampus, which then codes for the specific pot that has the reward in that room, and from other work, we know that this happens via a suppression of the alternate memories.  Thus this dialog in the brain supports our ability to use memory to focus on the task at hand by avoiding distracting memories.