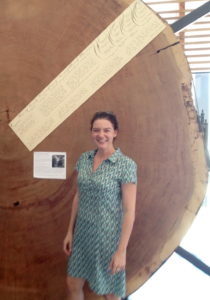 How can tree rings and shipwrecks help us predict where hurricanes will hit in the future?

Valerie Trouet, Associate Professor of Dendrochronology at the University of Arizona, explains how studying the past can help us protect ourselves in the 21st century.

Valerie Trouet is an Associate Professor in the Laboratory of Tree-Ring Research at the University of Arizona. She received her PhD in Bioscience Engineering from the KULeuven in Belgium in 2004 and worked as a post-doctoral research associate in the Geography Department at PennState and as a research scientist in the Swiss Federal Research Institute WSL before moving to Arizona in 2011.  She is a paleoclimatologist whose main research interests focus on the climate of the Common Era and its influence on past societies and ecosystems.

Regional hurricane projections are very important for the safety and livelihoods of coastal communities, but they are subject to large uncertainties. For the Caribbean, the main uncertainty is caused by our limited understanding of how hurricanes respond to changes in the atmosphere’s energy budget, which is the difference between how much energy reaches the atmosphere from versus how much leaves it. Such changes can be caused by greenhouse gas emissions, but also by changes in solar irradiance.

Our team has combined a time series of Spanish shipwrecks in the Caribbean with tree-ring data from the Florida Keys. These two new proxies allow us to look at past changes in the atmosphere’s energy budget and how hurricanes have responded to them.

Pines on the Florida Keys respond to hurricanes with bands of narrow tree rings. We discovered that the trees also showed these narrow rings during years when many ships wrecked and we thus found a way to extend the Caribbean hurricane record back to 1495. 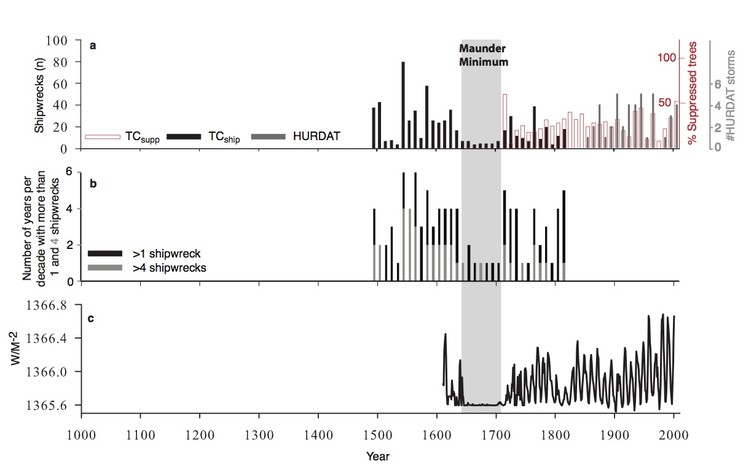 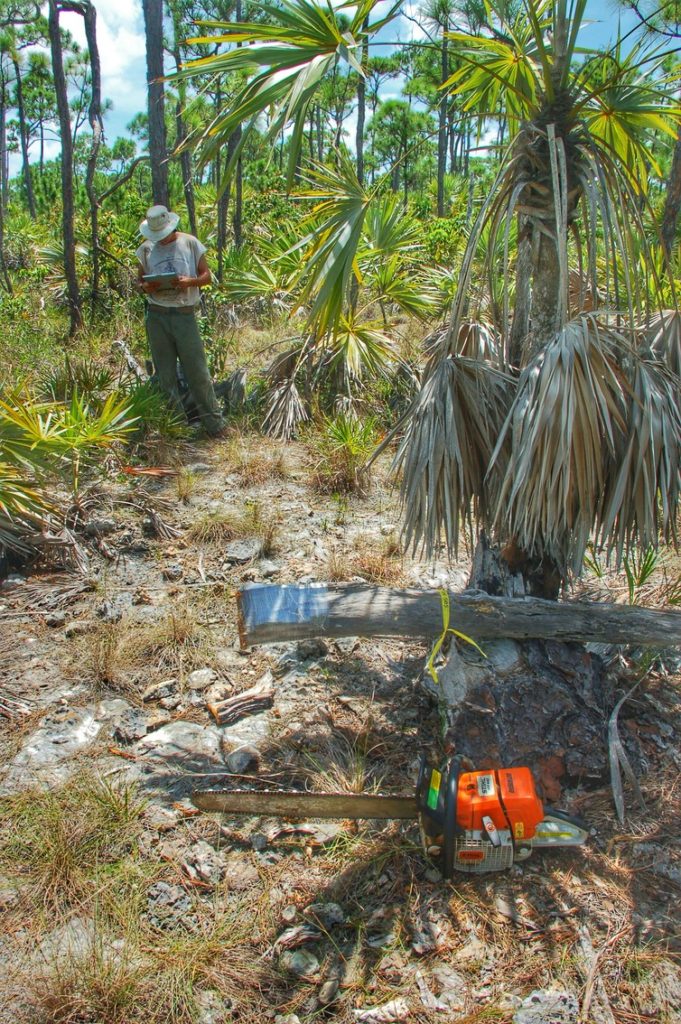 We know that 21st-century hurricanes will become increasingly destructive and costly with more densely populated coastal areas, with sea level rise and stronger storm surges.  By providing insight into past hurricane dynamics, we aim to give climate scientists better tools for predicting how future climate change will affect hurricane activity with more regional accuracy.

Disclaimer: Through a partnership with The Conversation we are republishing the full article below.  Opinions expressed therein are solely those of the author and do not represent WAMC Northeast Public Radio or The Academic Minute.

The U.S. is currently in a decade-long hurricane “drought”: no major hurricanes of category 3 or higher have made landfall in the U.S. since Hurricane Wilma hit Florida in 2005. With damage costs for U.S. hurricanes from 1970 to 2002 estimated at US$57 billion (in 2015 dollars), this landfall drought is fortuitous for coastal communities and insurance companies alike.

The 10-year hurricane pause is the longest since 1851, the period for which reliable hurricane records are available through the National Hurricane Center’s Hurricane Database (HURDAT). The current lull emphasizes how fickle hurricane systems can be, which complicates accurate hurricane predictions under human-caused climate change.

Is there a way to use the record of past hurricanes to better predict the future?

Climate models for the future generally agree that globally, tropical cyclones will become more intense but less frequent in the 21st century. Projections on the regional level, however, vary greatly and have large uncertainties.

For the North Atlantic Basin, the main uncertainties are due to the chaotic nature of the climate system and to our limited understanding of how tropical cyclones – known as hurricanes in the U.S. – respond to changes in how much energy is in the atmosphere. Such changes in the so-called energy budget – the amount of energy that enters the atmosphere and how much is lost to space – can be caused by greenhouse gas emissions, but also by changes in the strength of the sun’s radiation.

By providing insight into hurricane dynamics of the past, we aim to give climate scientists better tools for predicting how climate change will affect hurricane intensity and frequency with more regional accuracy.

All three of us are tree-ring scientists. We use the rings in trees and wood to study the climate, the forests and human societies of the past. All three of us remember exactly the moment and the place when the idea for this research project emerged: it was on the last night of the second Ameridendro conference, held in Tucson, Arizona, in May 2013, and we were sharing conversation and a beer on the patio of Hotel Congress.

Grant mentioned a set of tree-ring samples that he collected from approximately 250-year old slash pine trees on the Florida Keys.

Marta told us stories of the dendro-archeological work she’s done on shipwrecks: by tree-ring dating the wood recovered from shipwrecks, information can be inferred about the provenance of the wood, timber procurement for shipbuilding, past forest management practices, and woodworking techniques. She also mentioned a shipwreck database that contained comprehensive information about the when, where and why of past shipwrecks.

All three of us remember the exact moment, because our minds collided and an exhilarating idea arose: could we combine the shipwreck record with the Florida Keys tree-ring record to recreate past tropical cyclone activity?

The first thing we did was to filter the shipwreck database, narrowing in on the Spaniards since they were the first to make the transatlantic voyage in 1492 and thus provided the longest available shipwreck record. We extracted data on Spanish ships that wrecked in the Caribbean during the hurricane season from July through November. We recorded only shipwrecks that were documented to be caused by storms or by unknown causes, not by wars, pirates, fires or poor navigation.

This resulted in a 330-year (from 1495 to 1825) record that showed how many of the 657 Spanish shipwrecks occurred each year. When we compared this shipwreck record to the Florida Keys tree-ring record, we found an astonishing result that allowed us to reconstruct the cyclone record of past centuries.

From Grant’s work, we knew that the Florida Keys trees responded to tropical cyclones since 1851 with bands of narrow rings.

When comparing the two sets of data – the tree-ring and shipwreck records – we discovered that the trees had these narrow rings during years when many ships wrecked in the Caribbean. We thus discovered a way to reconstruct Caribbean tropical cyclones back to 1495.

Our next discovery jumped out at us when we plotted the combined data over time of the shipwreck and the tree-ring records. We noticed a very distinct low in the number of shipwrecks from 1645 to 1715, a period known to paleoclimatologists as the Maunder Minimum.

Sunspot activity – and thus solar irradiance, or the amount of solar energy that reached the Earth – during the Maunder Minimum was at its lowest over documented history, resulting in a period of cool temperatures in the Northern Hemisphere.

By using shipwreck rates as a proxy for past tropical cyclone activity – something that has not been done before – we found that the cool temperatures of the Maunder Minimum coincided with a tropical cyclone drought. But why?

We also found that global climate dynamical patterns, such as the El Nino-Southern Oscillation (ENSO) and the North Atlantic Oscillation (NAO), likely converged during the Maunder Minimum to enhance the link between the lows in solar irradiance and in tropical cyclones.

We know from 20th-century data that these climate patterns play an important role in Caribbean tropical cyclones, with fewer cyclones occurring during positive “El Niño” phases and negative NAO phases. For instance, the continued hurricane drought in 2015 has been attributed to this year’s strong El Niño.

Our study provides information on how Caribbean tropical cyclones respond on decadal time scales to changes in the atmosphere’s energy budget.

We know that with more densely populated coastal areas, sea level rise and stronger storm surges, 21st-century tropical cyclones will become increasingly destructive and costly. Our continued improvement of understanding how frequent and/or intense future tropical cyclones will be is of the utmost importance, especially with regard to the safety and livelihoods of coastal communities.