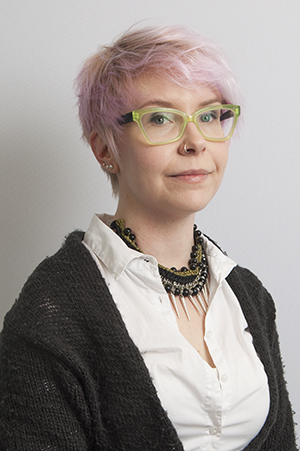 Sadness might not be a negative emotion when it comes to music.

Henna-Riikka Peltola, university teacher in the department of music at University of Jyväskylä, discusses how emotions are never as simple as sad or happy.

Henna-Riikka Peltola graduated from secondary school in Savonlinna art high school in 2002. After high school, he continued his music studies in the first Conservatoire of Kuopio, which was completed ensemble and orchestral musician in 2005, and since then Jyväskylä University of Applied Sciences (2005-2009), musician (AMK), majoring in classical singing. Peltola completed a master’s degree from the University of Jyväskylä in 2011, majoring in musicology. In addition to musician’s work Henna-Riikka Peltola has been working on a project worker Eino Roiha Foundation, as well as doctoral students at the University of Jyväskylä Department of Music in 2012-2015. Currently, Peltola serves as a teacher of music at the University of Music in science subjects.

Sadness is counted as one of the basic emotions, which people tend to avoid. In situations involving music, this definition for sadness is not applicable, since music evokes mostly pleasant emotions in the listener.

My co-author, professor Tuomas Eerola from Durham University (UK), and I assumed that this phenomenon appears paradoxical partly because the focus of the previous studies has been too narrow. We analysed free descriptions of 363 volunteers to explore the variety of emotional experiences that people associate with the kind of music that they consider as sounding sad.

The study revealed important differences in how contextual aspects affect the emotional experiences induced by sad music that also seem to lead to differences in self-regulation processes. Furthermore, it demonstrated that negative emotions do have a place within the experiences of listening to sad music.