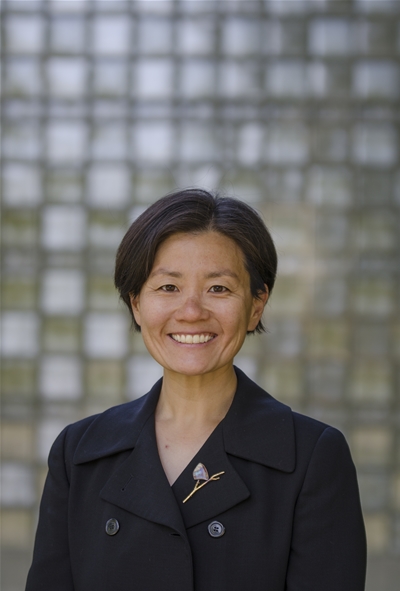 Retaining your cultural identity can be important for couples in an intercultural union.

Helen Kim, associate professor of sociology at Whitman College, examines if combining cultures, races or religious backgrounds can make both stronger in the long run.

Helen Kim is entering her eleventh year at Whitman College where she teaches courses on race and ethnic relations, Asian Americans, and gender. She is also affiliated with the Race and Ethnic Studies major as well as General Studies. She is currently a professor of Encounters and has regularly taught Critical and Alternative Voices.

Helen’s current research focuses on intermarriage and family dynamics among Jewish Americans and Asian Americans. Her scholarship has been profiled in the Chronicle of Higher Education, The Jewish Daily Forward, the New York Times and by NPR. Her forthcoming book, JewAsian: Race, Religion and Identity for America’s Newest Jews, will be published in 2016 by the University of Nebraska Press.

What happens when two people of different cultural, religious and racial backgrounds meet, fall in love, get married and raise a family?  This question has been at the heart of heated debates within the American Jewish community as some scholars contend that intermarriage results in a dilution and possible extinction of Jewish identity and community.  Others argue that Jewish identity doesn’t disappear but is transformed through intermarriage, often resulting in greater attachment to Judaism and Jewish practice.

The research that I conducted with my partner, Noah Leavitt, on intermarried couples suggests that intermarriage does not spell doom for two individuals who, on paper, are quite different.  We interviewed JewAsian couples in 2008 and 2009 and found that Judaism and Jewish identity, rather than disappearing, were thriving in the context of marriages and raising a family.  Intermarried couples with children were overwhelmingly raising their offspring Jewish in some strikingly traditional religious ways such as regular participation in synagogue life, ongoing home practices and sending children to Jewish religious schools.   From 2011 to 2014 we also interviewed adult children ages eighteen to twenty-six and asked them a variety of questions pertaining to their upbringing, and levels of Jewish engagement and identity.  They as well talked about having been raised with a strong sense of Jewish identity in households that traditional Jewish religious practices.  In fact, even in light of being challenged for being Jewish because of their mixed-race background, our respondents rejected the notion that their Jewish identity was inferior or inauthentic.

As the rates of intermarriage of all types are expected to increase alongside a rapidly growing multiracial population, what will happen to religious and cultural traditions in light of such broad sweeping changes in the U.S. demographic?  Our research offers one glimpse into the future and demonstrates that tradition and transformation can take place simultaneously, both in the spirit of affirming all of one’s different backgrounds.