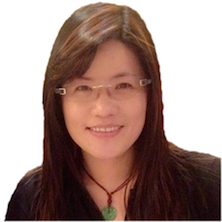 Tin-Chun Chu, associate professor in the department of biological sciences at Seton Hall University, reveals that the secret to combating antibiotic resistant bacteria could be in your mug today.

I have been at Seton Hall University teaching Microbiology, Senior Biology Seminar, Emerging & Infectious Diseases, Microbial Physiology, and Bioinformatics since 2008. My teaching philosophy is to integrate research into science education. My current research interests include: (1) A novel approach using natural products and its derivatives as potential therapeutic agents for diseases; (2) Study of physiological response to various stress factors on bacteria; (3) Environmental probes development for prediction, early detection and prevention of algal blooms; (4) Molecular mechanism of lytic/lysogenic Cyanophage AS-1 life cycle; and (5) Genome projects and bioinformatic analyses of cyanobacteria and cyanophage.

Every year, over two million people are infected with antibiotic resistant bacteria in just the United States alone. Around the world, the numbers are staggering.

So staggering, in fact, that the World Health Organization recently warned that due to the emergence of “superbugs” and the widespread resistance of bacteria to antibiotics, we are entering a “post-antibiotic era.”

Our research, which was done in collaboration with professors from Montclair State and Georgia Regents universities, suggests that maybe the answer, or at least one answer, is tea.

Processed tea extracts (or “polyphenols”) can fight bacteria and when combined with antibiotics in vitro, modified green tea extracts can boost the effectiveness of some of the most commonly prescribed antibiotics— such as Ampicillin— by up to more than 400% when compared to antibiotics alone.

In many instances the combination of antibiotics and modified green tea extract was actually able to reverse the antibiotic resistance of the bacteria— making the previously resistant bacteria significantly more vulnerable and, as a matter of hypothesis, susceptible to treatment. Our work in this area resulted in a composition and methods patent, but our results warrant large scale study.

Our most recent research focused on black tea extracts – showing the efficacy of black tea extract against various bacteria alone and, again, in combination with a number of commonly prescribed antibiotics.

And again, the research was promising. Modified green tea and black tea extracts provided beneficial effects on the most commonly prescribed antibiotics against microbial growth and are able, in many instances, to reverse antibiotic resistance in vitro.

These processed green tea and black tea extracts have the potential to extend the life and the degree of efficacy for antibiotics and, in doing so, perhaps help stem the tide of widespread resistance to antibiotics.

Our results have been, to say the least, promising, but obviously, more research is necessary.