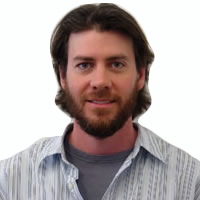 Which part of your brain is responsible for giving in to cravings?

Matthew Will, associate professor in the department of psychological sciences at the University of Missouri, finds out.

Will’s lab researches the neurological underpinnings of addiction. Using rats, he studies the neural networks in the brain that motivate humans and animals to seek out and consume addictive drugs and food. He works toward understanding two distinct types of feeding: hunger-driven eating and pleasure-driven eating. Will’s research has shown that when opioids (chemicals that can trigger euphoria) are introduced into the nucleus accumbens, a part of brain associated with drug addiction, they can stimulate a rat’s drive to eat for pleasure, or “binge,” even if not hungry. Recent work in Will’s laboratory has shown that the basolateral amygdala, an area of the brain important for regulating emotion, is required for pleasure-driven eating, but not for hunger-driven food consumption. Will is continuing to define these separable networks in the brain that affect eating, and he hopes to use the information to help treat and control obesity and addictive behavior.

When it comes to cookie dough, we’re not the only ones who can’t control our cravings. Rats in our lab couldn’t resist it, either.

Behavior scientists view non-homeostatic eating — that’s noshing when you’re not hungry — as a two-step process. I always think of the neon sign for Krispy Kreme donuts.  The logo and the aroma of warm glazed donuts are the environmental cues that kick-start the craving, or appetitive, phase that gets you into the store. The consummatory phase is when you have that donut in your hand and you eat it.

Our team set out to study these two phases. We activated a hotspot in the brains of rats called the nucleus accumbens, which processes and reinforces messages related to reward and pleasure.

We then fed the rats a diet similar to cookie dough, full of fat and sugar, to exaggerate their feeding behaviors. Rats with activated nucleus accumbens ate twice as much as usual.

When we simultaneously inactivated another part of the brain called the basolateral amygdala, the rats stopped binge eating. They consumed a normal amount, but kept returning to their baskets in search of more food.

It looked as if the rats still craved it, so we thought we found something interesting. We interrupted a circuit that’s specific to the feeding part — the actual eating — but not the craving. We basically left the craving intact.

To find out what was happening in the brain during cravings, we set up a spin-off experiment. Like before, we switched on the region of the brain associated with reward and pleasure and then inactivated the basolateral amygdala in one group of rats but not the other.

This time, however, we restricted the amount of the high-fat diet rats had access to, this way, both groups of rats outwardly displayed the same feeding behaviors. They ate similar portions and kept searching for more food.

In the rats with activated nucleus accumbens we found increased dopamine production in the brain, which is associated with reward, motivation and drug addiction. Whether the basolateral amygdala was on or off had no effect on dopamine levels.

However, in a region of the brain called the hypothalamus, we saw elevated levels of orexin-A, a molecule associated with appetite, only when the basolateral amygdala was activated.

The results reinforced the idea that dopamine is involved in the approach — or the craving phase — and orexin-A in the consumption.

Our next steps are to see whether this dissociation in neural activity between cravings and consumption exists for other types of diets.