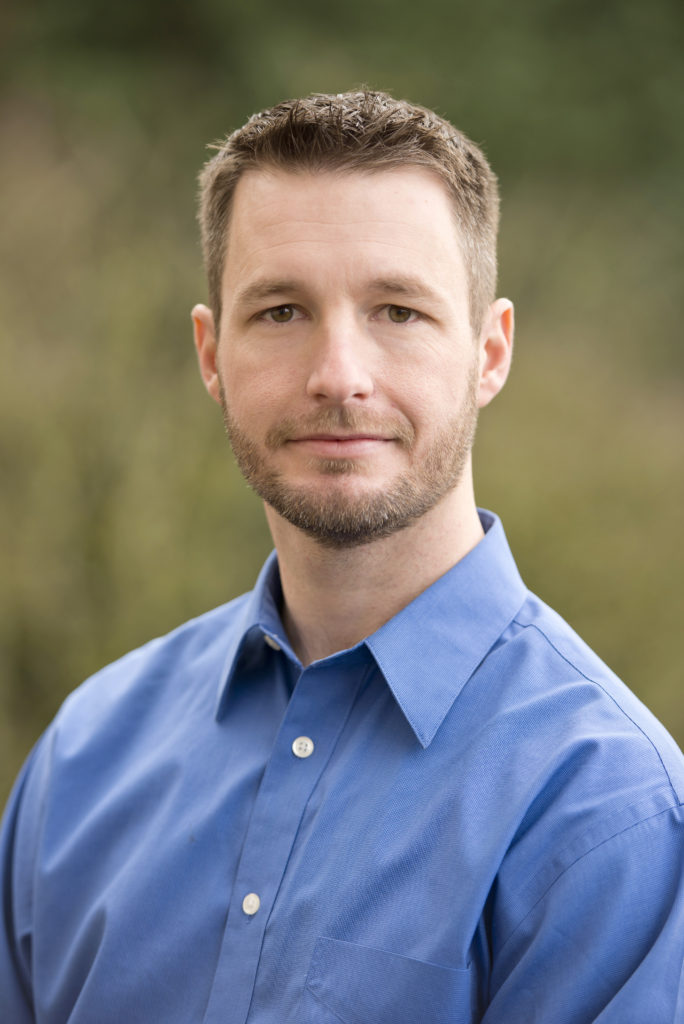 Your brain’s janitor may get worse as you age.

Jeff Iliff, Professor in the Department of Anesthesiology and Perioperative Medicine at Oregon Health and Science University, discusses how the brain’s cleaning process may be hindered as we get older, and could be a trigger for diseases such as Alzheimer’s.

Dr. Iliff’s research follows two main paths. This first is the exploration of how the brain’s support cells, called glia, contribute to maintaining the proper environment for neuronal function and how their failure in conditions like vascular dementia, stroke and traumatic brain injury leads to neurodegeneration. The second seeks to define the basic cellular mechanisms by which brain blood flow is coordinated up and down the vascular tree.

His research has been featured on NPR, the BBC and the Canadian Broadcasting Corporation program “The Nature of Things.”

Dr. Iliff grew up in Sequim, Washington and completed his doctoral training in 2009 in the Department of Physiology and Pharmacology at OHSU. He then completed two years as a postdoctoral fellow at the the University of Rochester Medical Center in Rochester, NY, where he was promoted to a research faculty position in 2012. Dr. Iliff joined the department in 2013.

When not doing research, Dr. Iliff enjoys hiking, reading, and being with his family.

The brain is a unique organ that has its own way of doing things, even things as mundane as clearing away its waste. In the rest of the body, cellular wastes are cleared away by the lymphatic system. Yet while lymphatic vessels are embedded in membranes that surround the brain, brain tissue itself doesn’t have its own supply of lymphatic plumbing. Instead the fluid that surrounds the brain, the cerebrospinal fluid, recirculates through brain tissue along the outsides of blood vessels, washing between the brain’s cells to clear away wastes that accumulate through the course of the brain’s activity. This system has been called the ‘glymphatic’ system. 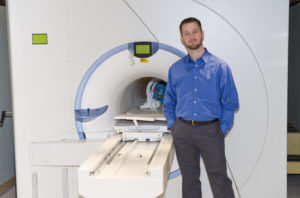 What is astonishing is that this is a process that happens primarily while the brain is asleep. In awake animals, cerebrospinal fluid stays on the outside of the brain. But once the animals go to sleep, this cleaning mechanism switches on, like a janitor cleaning up the office when everyone has gone home for the night.

More recently, our research has shown that this cleaning process is impaired as the brain ages.

Why does this matter? 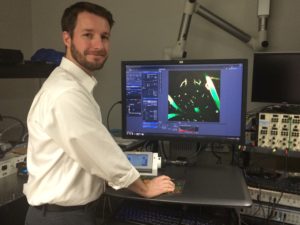 A hallmark of diseases like Alzheimer’s and Parkinson’s is that certain proteins form into aggregates which are thought to be play a key role in the degenerative process. In Alzheimer’s, the protein amyloid beta forms into plaques in between the brain’s cells.

Our experiments show that amyloid beta is cleared from the sleeping brain more quickly than from the waking brain. We also know that people sleep less as they get older. 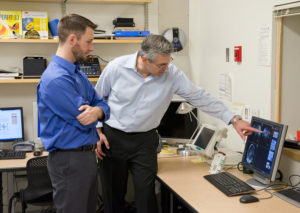 So whether sleep is the chicken or the egg in Alzheimer’s disease, it appears that there may be an important link between them in the aging brain – a link that may be related to the brain’s waste management system.

— Links to OHSU’s On the Brain blog posts that mention Dr. Iliff’s research.

NPR, January 4, 2016: Lack of deep sleep may set the stage for Alzheimer’s

ResearchGate, September 21, 2015, Cleaning while we sleep: a novel approach in Alzheimer’s research