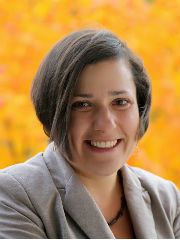 Food insecurity is becoming a big issue on college campuses.

Sara Goldrick-Rab, Professor of Educational Policy Studies and Sociology at the University of Wisconsin-Madison, delves into her research on this topic.

Sara Goldrick-Rab is Professor of Educational Policy Studies and Sociology at the University of Wisconsin-Madison. She is also Senior Scholar at the Wisconsin Center for the Advancement of Postsecondary Education and an affiliate of the Center for Financial Security, Institute for Research on Poverty, and the Consortium for Chicago School Research. Goldrick-Rab’s commitment to scholar-activism is evidenced by her broad profile of research and writing dissecting the intended and unintended consequences of the college-for-all movement in the United States. In more than a dozen experimental, longitudinal, and mixed-methods research projects, she has examined the efficacy and distributional implications of financial aid policies, welfare reform, transfer practices, and a range of interventions aimed at increasing college attainment among marginalized populations. Her academic articles have appeared in Educational Evaluation and Policy Analysis, Sociology of Education, Review of Educational Research, and Teachers College Record among other peer-reviewed outlets, and she also publishes regularly for broader audiences in the Chronicle of Higher Education and Inside Higher Ed, as well as on her blog The Education Optimists. This year the University of Chicago Press is releasing her latest book, Paying the Price: College Costs, Financial Aid, and the Betrayal of the American Dream.” In 2006, Goldrick-Rab was named a National Academy of Education/Spencer Foundation postdoctoral fellow, and in 2010 she received the five-year Faculty Scholars Award from the William T. Grant Foundation for her project, “Rethinking College Choice in America.” In 2014, the American Educational Research Association honored Goldrick-Rab with its Early Career Award. She provides extensive service to local, state, and national communities, working directly with governors and state legislators to craft policies to make college more affordable, collaborating with non-profit organizations seeking to examine the effects of their practices, and providing technical assistance to Congressional staff, think tanks, and membership organizations throughout Washington, DC. In spring 2013, Goldrick-Rab testified about her work on college affordability before the United States Senate Committee on Health, Education, Labor, and Pensions, chaired by Senators Tom Harkin and Lamar Alexander. In May of 2014, Goldrick-Rab became the founding director of the Wisconsin HOPE Lab, the nation’s first translational research laboratory aimed at identifying new and effective ways to minimize barriers to college completion so that more students can reach their full potential.

At the Wisconsin HOPE Lab, we study college affordability. Part of our research concerns barriers to student access and persistence—barriers such as the ever-rising costs of tuition, supplies and housing.

Our work tells us that food insecurity is a growing problem on college campuses. We conduct regular and extensive surveys of college students and, alarmingly, some students tell us they cannot afford to buy enough food to stay in college. They say they have to choose between food and rent, or food and family needs, or food and the courses they must have to graduate.

In a recent survey that my colleagues and I conducted at 10 community colleges across the nation, half of all surveyed students reported struggling with food and/or housing insecurity. Fully 20 percent are hungry and 13 percent are homeless.

This is not a new problem. We first asked students about food insecurity in 2008, when we began interviewing low income students at public universities and colleges across Wisconsin.  Of those students, twenty-seven percent did not have enough money to buy enough food, period. And five to seven percent of the students had gone an entire day without eating.

These issues can be addressed. Here’s one: make the federal Supplemental Nutrition Assistance Program more student-friendly by allowing college attendance to count for the work requirement.

Enough people enroll in college each year to largely meet the projected workforce needs of our country. But not enough finish, some for lack of food, and our research suggests that this could undermine the economy for years to come.