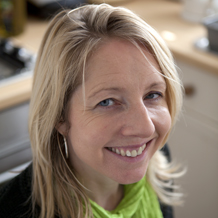 What caused the spread of humans across the globe?

Penny Spikins, Senior Lecturer in the Archaeology of Human Origins at the University of York, details how emotions may be at the root of human expansion to new territories.

Penny has been lecturer at the University of York since 2004, becoming a Senior Lecturer in 2012. She was first fascinated by human origins after visiting Upper Palaeolithic cave art sites when she was eleven. Her first degree was in Palaeolithic and Mesolithic Archaeology at Cambridge, followed by a Masters at Leeds, returning afterwards to Cambridge for her PhD. She spent two years carrying out postdoctoral research in Patagonia, and further postdoctoral research as a Sir James Knott research fellow at Newcastle before taking up her first lectureship at Newcastle.

Penny’s early research centred on Mesolithic northern England where she retains an interest and enthusiasm, although she is best known for her later research into the evolution of social emotions and the significance of care for the vulnerable in human origins.  Penny has directed a major excavation project at Mesolithic sites in the Pennines, and underwater archaeological fieldwork in the North-East. Her published volumes include Mesolithic Europe (CUP) with Geoff Bailey,Prehistoric People of the Pennines (West Yorkshire Archaeology Service) and Mesolithic northern England: Environment, Population and Settlement (BAR). Over the last ten years she has particularly focused on cognitive and social evolution, publishing papers on the evolution of compassion (Time and Mind), dynamics of egalitarianism (Journal of World Prehistory), the origins of autism (Cambridge Archaeological Journal), evolution of self control and display in artefacts (World Archaeology) and Neanderthal childhood (Oxford Archaeological Journal).

Penny’s latest book, How Compassion Made Us Human (Pen and Sword) argues that a selection for pro-social emotional motivations has been the driving force behind human evolution, particularly considering how sensitivity and self control can be displayed through material things.

Human Origins is full of unsolved mysteries. Sometime after 100,000 years ago, for example, humans went from being limited to particular regions to rapidly colonizing the whole world, and we have been unable to explain quite why. People spread ‘against the odds’  – moving quickly out of Africa, at around 1km per year, crossing daunting barriers like major deserts, spreading from the north to the very south of the Americas and even across at least 60km of sea to Australia. They cannot have had any concept of going somewhere, there is no evidence that population increase forced them to move, and they took substantial, some might say nonsensical, risks.  Bar-Yosef and Belfer-Cohen have said of this dispersion ‘.. the easiest questions to resolve are those of ‘when’ and ‘how’ while the most difficult and the most highly debated is ‘why’’.

My research has provided a possible explanation. The significance of the gradual evolution of capacities for social emotions –  such as compassion, sympathy, remorse or darker feelings of spite and revenge –  to human behavior seems to have been overlooked. Through time we have become over more closely bound to those we care about, but yet ever more affected by cheating or betrayals of trust, feeling so strongly both about those we love, and those we hate, that we can be motivated to behave in completely irrational ways. When we understand the significance of our social emotions to have we behave, we can see why someone intent on revenge might spur most of us onto on the open sea in even the flimsiest of rafts to get out of harm’s way.

By looking at evidence for the dynamics of emotional commitments and why modern hunter-gatherers fall out, find allies and move somewhere new, we can see that rather than our intellect it may have been the evolution of our complex emotional lives which provides the best explanation for our global expansion.