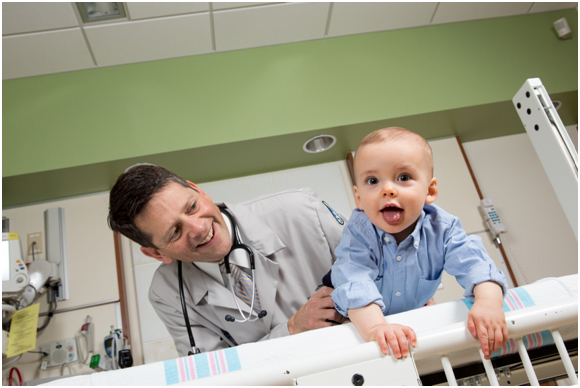 Can risky behaviors as a teen predict what kind of father a boy would be?

Craig Garfield is a practicing pediatrician and physician-scientist in the Departments of Pediatrics and Medical Social Science at Northwestern University’s Feinberg School of Medicine as well as an attending physician at the Anne and Robert Lurie Children’s Hospital of Chicago.  His research focuses on the three P’s: Parents, Parenting, and Pediatrics.  After graduation with a B.A. in English Literature from the University of Michigan, Dr. Garfield received his medical degree at Rush Medical College in Chicago and completed his pediatric training at Harvard Medical School’s Massachusetts General Hospital.  He completed the Robert Wood Johnson Clinical Scholars Program (CSP) at the University of Chicago, a two-year health services research program, and obtained a Masters in the Art of Public Policy from the Harris School of Public Policy as a Harris Child and Family Scholar at the University of Chicago. From 2005-2008 he was a Robert Wood Johnson Generalist Physician Faculty Scholar.

As a preventionist, his research focuses on improving the health of children and families by understanding the role parents play in the health and wellbeing of children, in particular the role of fathers.  Lately, he had also been focusing on the influence children play on the health and wellbeing of parents.  His research on the role of father in families has been published in such peer-reviewed journals as JAMA, Pediatrics, Academic Pediatrics, AJPH, and Fathering. He recently was awarded a five-year K23 grant from NICHD for his project “Young Men’s Health and the Transition to Fatherhood.”  He also recently completed a study exploring ways to use technology to support parents with medically vulnerable children in the Neonatal Intensive Care Unit (NICU) via a grant from the Agency for Health and Research Quality.

What if you could ask teenage boys questions about sex, and their answers gave you insight into their likelihood to become a father later in life?

Most existing research focuses on girls and their risks for pregnancy and motherhood. What little research is available on boys tends to focus on sexually transmitted infections.  We wanted to examine if boy’s reproductive health knowledge, attitudes and beliefs during adolescence might predict future fatherhood. Teenage knowledge, attitudes and beliefs are often used to anticipate future behaviors.

We used a study of over 10,000 adolescent boys in grades 7-12 during the 1994-95 school year, who were then followed for 14 years. We looked at their knowledge, attitudes and beliefs towards risky sexual behaviors and the associations with whether they became fathers, when they became fathers, and what type of father they became—a teenage father, a resident adult father or one who does not live with their child compared to non-fathers.

On-the-other-hand, young men who felt more confident and competent about birth control use had a significant decrease in the odds of becoming a teenage father and a a non-resident father.

These associations support the idea of identifying key time periods for understanding young men’s health, like adolescence, and working with them through education, such as strengthening confidence in using birth control, to positively impact their future health trajectories.