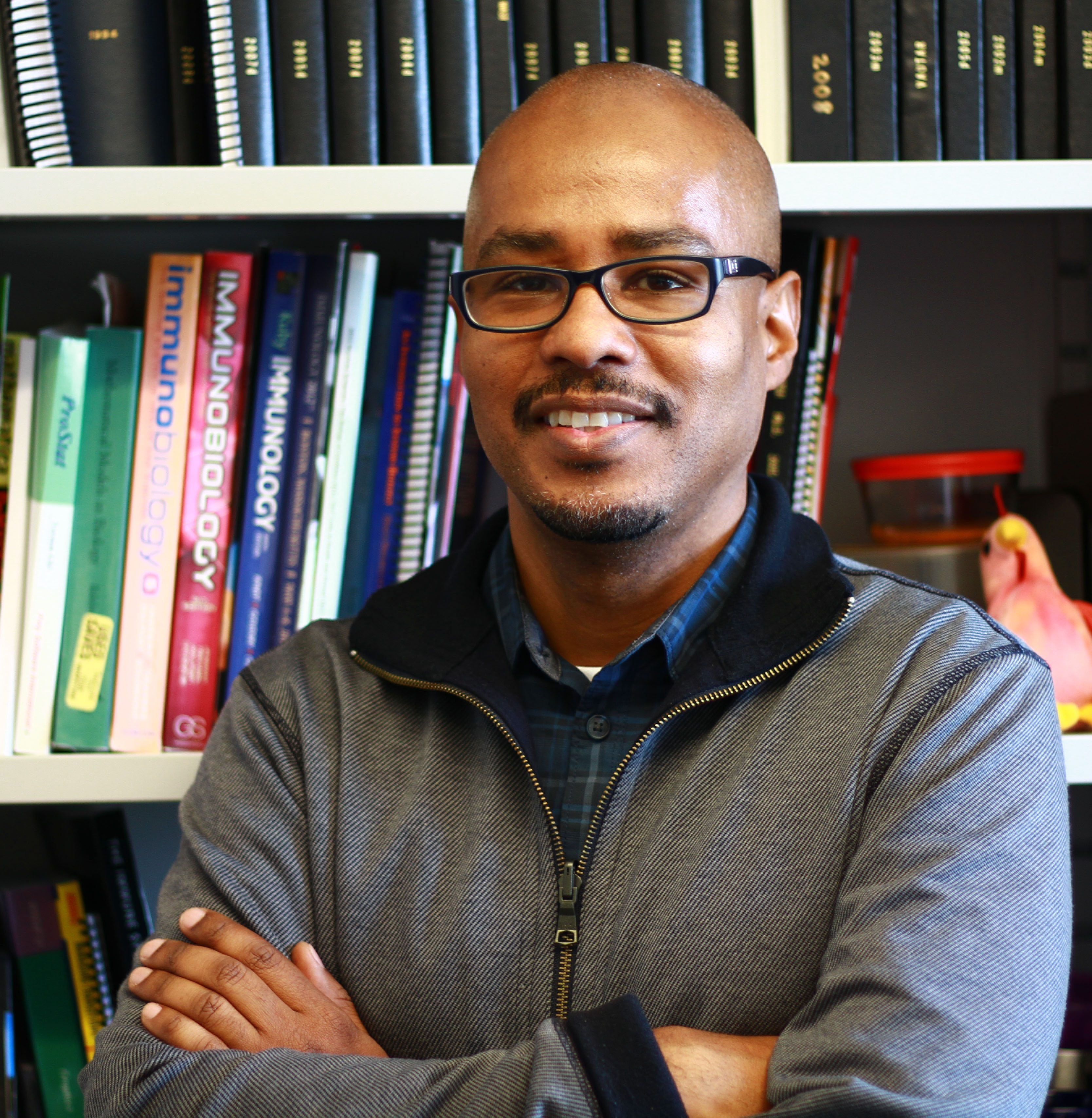 The prevalence of allergies is on the rise in the U.S. and around the world.

Avery August, professor and chair of immunology at Cornell University, discusses how the overuse of antibiotics could be to blame.

Avery August is Professor of Immunology and Chair of the Department of Microbiology & Immunology in the College of Veterinary Medicine at Cornell University. He received a BS in Medical Technology from California State University at Los Angeles, and a PhD in Immunology from Cornell University’s Weill Graduate School of Medical Sciences. Following the receipt of his PhD, he moved to the Rockefeller University as a National Science Foundation Minority Post-Doctoral Fellow. After a brief stint in industry at the R.W. Johnson Pharmaceutical Research Institute as a Scientist in Drug Discovery, he moved to The Pennsylvania State University as an Assistant Professor of Immunology where he rose through the ranks to attain tenure, and become Distinguished Professor of Immunology, as well as serving as Director of the Center for Molecular Immunology and Infectious Disease. He currently teaches Immunology, and performs research that is at the intersection of signal transduction and development of disease, with emphasis on animal models of allergy and lung inflammation.

Scientists have warned for decades that the overuse of antibiotics leads to the development of antibiotic resistance and drug resistant bacteria, reducing our ability to fight against infectious disease. When we think of antibiotic overuse, we don’t generally think of allergies, but research is beginning to suggest that maybe we should.

The last 2-3 decades has seen a dramatic increase in the prevalence of allergies in the U.S. and worldwide. The American Academy of Asthma, Allergy and Immunology reports that some 40-50% of school children have some sort of allergies. This rise in allergies has mirrored the increased use of antibiotics, particularly in children for common viral infections such as colds and sore throats, and recent studies show that they may be connected. This is because antibiotics reduce the normal bacteria in our gastrointestinal system, the so-called gut microbiome. The presence of this gut microbiome is extremely important for full maturation of the immune response. When this does not happen, the immune system responds inappropriately to innocuous substances, which can result in the development of potentially fatal allergies. Indeed, research in humans and mice has shown that infants exposed to antibiotics at an early age have higher risk of developing allergic diseases such as asthma.  In addition, a number of recent studies have shown that children who grow up on farms have a wider diversity of microbes, and have reduced prevalence of allergies and asthma compared to children who did not grow up on farms.

So in our attempts to prevent infections, we may be exposing our children to developing life threatening allergies and asthma. Our ever growing appreciation of the importance of our microbiomes in the full maturation of our immune systems indicates that while reducing those microbes may make us feel cleaner, our immune systems may suffer.