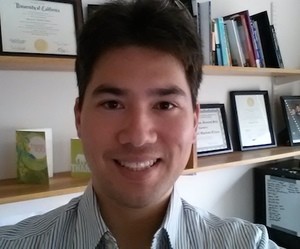 Do the clothes make the man?

Michael Kraus, assistant professor of organizational behavior at Yale University, examines how what you wear can affect your job performance and social status.

Professor Kraus’ research interest include how people perceive and explain the attainment of social status, how these status perceptions influence emotions and behavior in both cooperative and competitive settings, and how emotions guide group behavior. In particular, Professor Kraus’ work explores how people born into lower socioeconomic status families tend to engage in social judgments and behaviors suggesting that they value social connections more highly than their higher socioeconomic status counterparts, and how early physical contact (e.g., high fives) between teammates on professional basketball teams predicts enhanced team performance over time. His work appears in journals such as Psychological Review, Journal of Personality and Social Psychology, Psychological Science, and Emotion, and has been covered in the popular press by the New York Times, National Public Radio, and the Wall Street Journal.

We make a lot of conscious decisions about how we appear to others and this makes sense because our expressions, and how we dress shape first impressions. What we’ve done is examine the flip side to this relationship—what if how we look shapes not only how others see us, but how we see ourselves? What if we could make subtle changes to the way we dress or carry ourselves that improve our job performance or social status?

We set out to answer this question in a study of 128 men who we brought into the lab to engage in a competitive negotiation with a stranger. The men engaged in a role-playing exercise where they bargained for a fair sale price of a valuable asset. One of the men was dressed in the clothing they arrived to the lab wearing. The other man was assigned one of three styles of clothing—a high status business suit, button down shirt, and dress shoes purchased at Macys, a low status t-shirt, sweatpants and sandals purchased at Walgreens, or his own clothing.

What we found is that, regardless of the status of individuals before the experiment, changing status with clothing influenced both behavior and biology: The suit-wearing participants behaved more dominantly and were more successful in the negotiation, conceding fewer than $1 million from their initial offer, less than half of what others wearing low status or their own neutral clothing conceded.

A complementary pattern was observed when examining levels of Testosterone, a hormone that decreases when we lose competitive contests. The men wearing the sweatpants and t-shirt saw a 20% reduction in their Testosterone levels over the course of the negotiation, whereas those wearing high status or neutral clothing showed little to no changes in this hormone.

All this research indicates that our wardrobe choices might be a way for us to strategically nudge our own behavior in one direction or another. What is clear from these findings is that simple choices about what to wear can be made thoughtfully, with an eye toward increasing success, improving job performance and earning respect in the eyes of others.