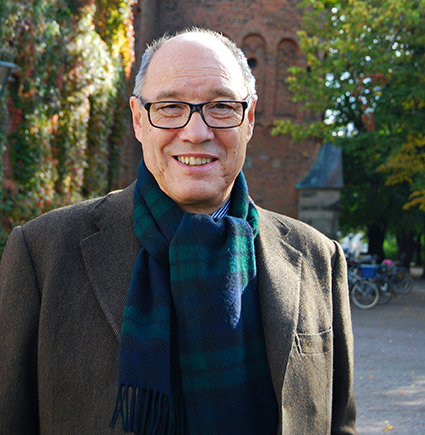 Classical conditioning may not have worked on Pavlov’s dog if there had been more than one stimulus.

Germund Hesslow studied philosophy, psychology and medicine at Lund University in the seventies and eighties and received PhDs in philosophy and neurophysiology in 1984 and 1988 respectively. He taught philosophy of science for many years and is associate professor of philosophy since 1986. His work in neurophysiology was focused on the cerebellum. In 1989-1990 he did a postdoc with Christopher H Yeo in London to learn about Pavlovian conditioning. Yeo had demonstrated the role of the cerebellar cortex in this form of learning. After returning to Sweden, Hesslow set up his own lab in Lund to study the physiology of nerve cells in the cerebellum. He has focused on two problems, the nature of feedback regulation of learning and the mechanisms underlying timing of conditioned reflexes.

Classical Conditioning and the Cerebellum

If two stimuli frequently occur together, you will develop a stronger and stronger association between them – right? Well, not always.

To take a simple example, suppose that you hear a sound and half a second later you get a puff of air to your eye that makes you blink. After a while, you will blink before the air puff, obviously in order to protect the eye. You have learned to associate the sound with the air puff.

Now suppose that you do the same with a light and air puff until you blink reliably to the light as well. If the sound and the light are now presented together, and together with the air puff, you might expect the associations to continue to become stronger. But, surprisingly, the opposite happens. The associations become weaker!

Although it may seem contrary to common sense, this phenomenon was actually predicted by the psychologists Rescorla and Wagner about forty years ago and demonstrated in countless learning experiments. We believe that we have found the brain mechanism responsible.