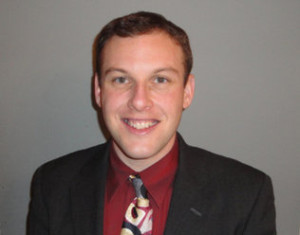 What is compulsive hoarding?

As an Assistant Professor at Towson University and a Maryland licensed psychologist, Dr. Chasson specializes in the nature and treatment of high-functioning autism spectrum disorders (ASDs) and obsessive-compulsive spectrum disorder (OCSDs; e.g., obsessive-compulsive disorder, hoarding disorder). As an early career investigator, he currently spearheads a research lab that focuses on ASDs, OCSDs, and the nature of their overlap. As an undergraduate, Dr. Chasson obtained several years of clinical and research experience at the Koegel Autism Center at the University of California, Santa Barbara, as well as a Direct Care Staff for adolescents with severe autism spectrum disorders at the Devereux Foundation. While receiving his Ph.D. in clinical psychology (with an emphasis in Child/Family and minor in Data Analysis) from the University of Houston (UH), he served as the Research Coordinator for the Texas Young Autism Project and provided discrete trial training to toddlers with ASD. During his training, he received clinical and research experience in several settings, including the Menninger Clinic/Baylor College of Medicine, as well as Department of Psychiatry at McLean Hospital and Massachusetts General Hospital (MGH), both of which are training institutions of Harvard Medical School. At the UH Victims’ Resource Institute, Texas Young Autism Project, Menninger Clinic’s OCD Treatment Program, and OCD Institute at McLean Hospital, he was intimately involved in treatment outcome research. At MGH, he directed a multimillion-dollar prospective, longitudinal study of children with obsessive-compulsive spectrum conditions (including ASD traits), a study that required coordinating dozens of staff.

Dr. Chasson has extensive training in and experience with data analyses. He is the regular instructor for a two-course sequence of graduate level data analysis and research design. Dr. Chasson provides statistics consultation to colleagues in and outside of the university and has served as principal data analyst on a variety of published peer-reviewed papers (e.g., Chasson, Vincent, & Harris, 2008). He received a graduate school minor in Psychological Statistics and Data Analysis and has published peer-reviewed papers on quantitative topics (e.g., Chasson & Garnaat, 2010). Dr. Chasson will be serving as a methodologist and statistician on the current project.