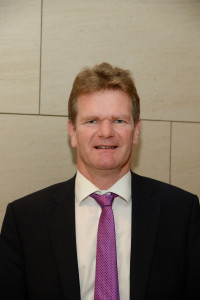 Can drugs used to treat diabetes also help patients with other cognitive diseases?

Christian Holscher, professor of neuroscience at Lancaster University, explains how his research into insulin may help more people than previously thought.

Professor Holscher is Professor of Neuroscience at the department of Biomedical Sciences and Life Sciences at Lancaster University, England. He did his first degree in Physiology at the University of Tübingen in Germany and continued his career in England, working at several universities such as Oxford University and the Open University. His research is focused on the development of novel drug treatments for Alzheimer’s and Parkinson’s disease. He investigates the interaction between diabetes and neurodegeneration, which led him to discover the neuroprotective properties of incretin analogues which are currently on the market to treat type 2 diabetes. His research techniques include transgenic animal models of Alzheimer’s and Parkinson’s disease to profile new drug candidates in preclinical studies. One of the drugs profiled by him is now in clinical trials in patients with Alzheimer’s disease (collaboration with Imperial College at the Hammersmith Hospital, London). Further trials in patients with Parkinson’s disease are starting (Cedar-Sinai Hospital in L.A., USA).

He has published 120 scientific papers and has authored two books. His research has been funded by the Alzheimer’s Society, the Alzheimer Research UK, the Cure Parkinson’s Trust UK, the Alzheimer Drug Discovery Foundation, Research Council grants and The Wellcome Trust.

Studies in my lab showed that some of the drugs currently used to treat diabetes show good effects in protecting the brain. A first pilot study in patients with Parkinson’s disease conducted in London, England, showed good effects. The patients did not get any worse over a period of two years. Based on this success we are starting a clinical trial testing a new drug at Cedars-Sinai hospital in L.A. Another pilot study in patients with Alzheimer’s disease also showed impressive effects with the same drug. Imaging studies showed that the patients’ brains were completely protected from degeneration. Based on this, we have started a larger clinical trial here in England.

The initial results from pilot studies are hugely encouraging and show that we are on the right track. How powerful these drugs are will have to be seen, but we know that we are going to see an improvement. This shows that drugs can be developed that are genuinely helpful. It is just a matter of time, and as always, a matter of funding for the research that is required in order to make this a reality.