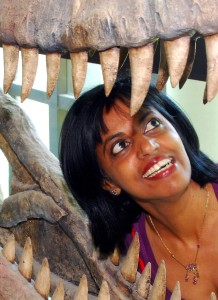 Professor Anusuya Chinsamy-Turan is a palaeobiologist and a global expert on the microscopic structure of the bones of extinct and extant vertebrates.

Today, on The Academic Minute, Dr. Chinsamy-Turan explores her research into dinosaur fossils.

Her work has been recognized by several highly acclaimed awards: for example, in 1995 she received a National Research Foundation (NRF) President Award; in 2005 she won the South African Woman of the Year Award, which acknowledges her contribution to science both in terms of research and science communication to the wider public; in the same year she won the “Distinguished Women Scientist Award” from the South African Department of Science and Technology. In 2012 she was awarded the NRF Transformation Award, and in 2013 she was awarded The World Academy of Science’s (TWAS) sub-saharan prize for the Popularisation of Science.

Professor Chinsamy-Turan has published extensively – both in international scientific journals (including four publications in Nature and one in Nature Communications) as well as in the popular press.

She holds or has held a number of distinguished positions in her field. She is former president of the Association of South African Women in Science and Engineering (SA WISE), former deputy president of the Academy of Science of South Africa, and she has also served as director of Iziko Museums Natural History Collections (which includes the SA Museum). Prof Chinsamy-Turan currently chairs the advisory boards of Scifest Africa, the biggest science festival in Africa, and she is a member of the advisory board the Cape Town Science Centre. She is Chair of the Romer-Simpson Prize Committee of the US-based Society of Vertebrate Palaeontology, and serves as a board member for the Jurassic Foundation (US). She is also a Fellow of the Royal Society of South African, the University of Cape Town and The Word Academy of Sciences. 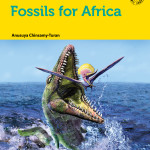 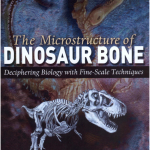 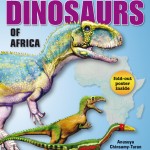 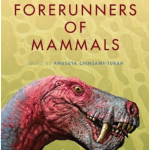 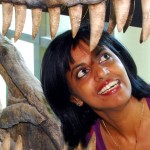 I was the first person to deduce growth curves for dinosaurs more than 20 years ago.   I studied two species of 190-million-year-old dinosaurs (Massospondylus and Syntarsus) from Southern Africa that were well represented by different sized individuals. I took thin slivers of their bones (about half the thickness of a single strand of hair) and examined these under a microscope.  I found that even after millions of years of fossilisation, the dinosaur bones preserved their microstructure.

Much to my surprise, I discovered that dinosaurs grew in annual spurts that resulted in growth rings (like tree rings) in their bones.  By counting the number of growth rings, I was able to deduce the age of each individual.  And since I had different sized individuals, I could plot their femur lengths against their “age” to derive growth curves for each dinosaur.

Since then, this methodology has been applied to several other dinosaurs.  Studies by other researchers and my own work have revealed that non-avian dinosaurs did not grow as rapidly as most modern mammals and birds, but definitely grew faster than typical reptiles such as crocodiles and alligators.

Furthermore, studies of the bone microstructure of dinosaurs and other extinct animals are increasingly revealing fascinating information about their skeletal response to reproduction, and to disease and infections, giving us exceptional insight into the lives of extinct animals.