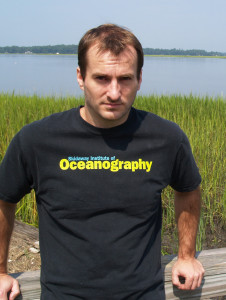 Testing the melting permafrost of the Arctic is helping researchers learn more about climate change.

Aron Stubbins, associate professor at the University of Georgia’s Skidaway Institute of Oceanography, traveled to Siberia to conduct his experiments.

Aron Stubbins studied Marine Biology at the University of Newcastle receiving a BSc (Hons) in 1998. Aron remained at the University of Newcastle studying carbon cycling in rivers, estuaries and the oceans, earning a PhD in Marine Biogeochemistry in 2002. After postdoctorate positions at Edinburgh University and Old Dominion University, Aron moved to the Skidaway Institute of Oceanography, University of Georgia in 2010, where he is now an Associate Professor and Assistant Editor of the journal Estuarine and Coastal Shelf Science. His research interests center upon the aquatic carbon cycle, across glaciers, in trees, through rivers and in the open ocean. A particular focus of Aron’s work is to assess the response of the natural carbon cycle to climate change.

We studied how the Arctic is responding to global warming and discovered a mechanism that will amplify and accelerate future warming.

We collected water from streams fed by permafrost melt water. It was immediately obvious these streams drained ancient soils due to the presence of exposed mammoth bones where water had cut away at the frozen soil. Water samples were collected and filtered immediately to remove bacteria. Back in the lab in Siberia, a 4 hour boat ride away, the samples were then bottled and natural, Siberian bacteria were added back. The bottles were then placed in the dark for one month. 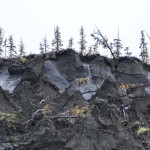 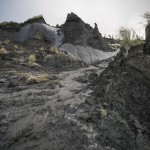 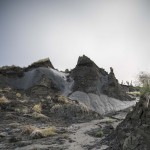 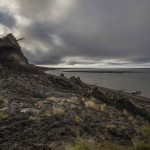 Over this time more than half of the organic carbon was used by bacteria. We then froze samples and transported them to Zurich, Switzerland, where we radiocarbon dated the carbon at the beginning and the end of the experiment. The radiocarbon data confirmed what the presence of mammoth remains had suggested; the organic carbon was old, 20,000 years old. After the one month experiment, bacteria had consumed 60% of carbon that had previously been frozen away in permafrost for millennia. As the Arctic warms and permafrost thaws, more ancient carbon will be released to rivers and converted to carbon dioxide by bacteria.

The carbon dioxide will rapidly transfer from rivers to the atmosphere driving a positive feedback that will accelerate permafrost thaw and Arctic warming.