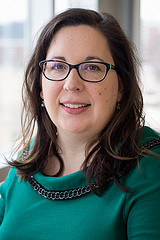 Humans are living much longer lives and as this trend only continues, it presents interesting shifts in the family structure.

Patricia Drentea, a sociologist at The University of Alabama-Birmingham, discusses the changing face of the modern family.

Patricia Drentea is an Associate Professor of Sociology at the University of Alabama-Birmingham. She is currently writing a book on Families and Aging, and also does research on debt and mental health. She has recently published in the journals: Society and Mental Health, The Gerontologist and the Journal of Family Issues.

My research focuses on the major current changes in families, and how they will affect families in later life, specifically in aged parents.

Those who were born after the 1950s came of age after the sweeping reforms of Civil Rights, the women’s movement, and the sexual revolution. They witnessed delayed first marriage, and widespread availability of birth control. They saw changes in living arrangements: mainly an increase in cohabitation, stepfamilies and a peak in the divorce rate in the early 1980s. Furthermore, we are all witnessing the legalization of gay marriage which is already having a profound effect on families.

Many have seen changes in their own families. People have fewer children on average, and a growing percentage of women will be childless. And, having fewer children will ultimately lead to fewer siblings, and fewer siblings means fewer problem solvers and caregivers when mom or dad get old.  Another group of older adults engage in a living arrangement called LAT-living apart together. For various reasons, sometimes financial, sometimes due to their adult children, these seniors have a significant other, but decide to live in their own homes and not marry.

We’re living longer, may be divorced or separated, and may seek new love in old age.  While we may have fewer children or siblings, we will have more generations alive at the same time. Our families will continue to adapt as society changes and we will still have family issues such as love, respect, growth and also frustration and disappointments–as has happened for centuries.

The family is evolving, changing and adapting as the days go by and we’ll only see more developments in the future.