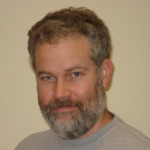 The fear of death is one of the most gripping and palpable sensation humans feel. Stoic philosophers like Epictetus, however, have a different view of our inevitable end.

William O. Stephens was born in Lafayette, and raised in West Lafayette, Indiana. He received his B.A. in philosophy from Earlham College and his Ph.D. in philosophy from the University of Pennsylvania. Stephens has been on the Arts & Sciences faculty at Creighton University in Omaha, Nebraska since 1990. His publications include articles on topics in Stoicism, Epicureanism and friendship, ecology and vegetarianism, ethics and animals, sex and love, sportsmanship, and the concept of a person. His four books are an English translation of Adolf Bonhöffer’s work The Ethics of the Stoic Epictetus (Peter Lang, 1996), an edited collection The Person: Readings in Human Nature (Prentice Hall, 2006), Stoic Ethics: Epictetus and Happiness as Freedom (Continuum, 2007), and Marcus Aurelius: A Guide for the Perplexed (Continuum, 2012). Stephens has traveled widely. He has visited the isle of Rhodes, the isle of Crete, and mainland Greece, New Zealand, Iceland, the Bahamas, Cornwall, Scotland, Mexico, British Columbia, Oahu, Maui, Kauai, Chile, Argentina, Ecuador, the Galapagos Islands, and Antarctica. Stephens is an avid tennis player, an ailurophile, and enjoys chess, hiking, and nature photography. He has long been a fan of the Chicago Cubs, which helps explain his interest in Stoicism.

One of the greatest Stoic teachers in antiquity was an ex-slave named Epictetus. His teachings were preserved by his student Arrian in the Discourses and the Handbook. Stoics like Epictetus taught that in order to be happy, one had to free one’s mind from all baseless fears, the greatest of such fears being the fear of death. Although Stoics believe that death marks the end of a person’s identity, Epictetus viewed the death of a human being not as a kind of annihilation, but as the transformation and recycling of a person’s body and soul back into the constituent elements from which they originated. He conceived of life and death as reciprocal phases of a cosmic pattern, the whole of which is rational and inevitable. Thus, he taught that death is a change necessitated by the cosmos and nothing tragic or terrible.

Epictetus also taught that ‘the door is open’: we cannot be trapped in circumstances we judge to be intolerable, since we are always free to exit life. Death can thus be seen as a welcome refuge because we need never feel imprisoned by life. Epictetus regarded this thought as a comforting reminder that strengthens our ability to overcome challenges without complaining about them. So long as a person’s life can be put to good use, Epictetus thought it right for him to sustain his life. But when the conditions for the possibility of fruitful action are permanently lost, Epictetus judged escape through the open door to be legitimate. He thought that the epitome of all human evils stems from the fear of death, which often drives people to do wicked, shameful things. Stoics, in contrast, are liberated from the fear of death, and so free to pursue good, happy lives fearlessly.