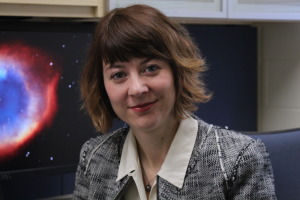 We’re learning more and more about black holes every day.

Tamara Bogdanovic, a professor of physics at Georgia Tech, are using advanced supercomputers to make predictions about the behavior of black holes.

Dr. Tamara Bogdanovic is an Assistant Professor at the Georgia Tech School of Physics and a member of the Center for Relativistic Astrophysics. She is a theoretical astrophysicist whose research interests include ins and outs of some of the most massive black holes in the universe. Before joining the Georgia Tech faculty in 2012, Tamara was a postdoctoral researcher at the University of Maryland. During this time she was a recipient of the NASA sponsored Einstein Postdoctoral Fellowship and Astronomy Prize Theory Postdoctoral Fellowship. She received Ph.D. in astrophysics from Penn State and B.Sc. in astrophysics from the University of Belgrade in Serbia.

Astrophysicists think that nearly every galaxy in the universe hosts a super-massive black hole at its center. In about one percent of galaxies, super-massive black holes are actively feeding by accreting gas and can be seen as bright beacons in galactic nuclei. In the rest of cases, they are quiescent and it is an observational challenge to infer their presence.

A montage of images shows the evolution of a white dwarf star as it is being disrupted by a massive black hole. In this scenario the star, which is being flexed by the tidal field of the black hole, develops strong shocks on its surface (blue and green) but its remnant core survives the disruption (illustrated in red color in the cutout). A sequence of 3D snapshots is produced by a Georgia Tech undergraduate student, Forrest Kieffer, and is based on a relativistic hydrodynamic simulation carried out by Dr. Roseanne Cheng, both of whom are members of Dr. Bogdanovićʼs research group. The group is using this type of simulations to learn about the physical conditions under which tidal disruptions occur and to decode the signatures of observed tidal disruption events.

There are however super-massive black holes that are caught in the very act of swallowing a star in an event called “tidal disruption”. When this happens the nucleus of a previously quiescent galaxy suddenly lights up. For more than 20 years astrophysicists have used this signature as a signpost for super-massive black holes. Such detections were however rare because their unpredictable nature makes it impossible to know where on the sky will the next black hole devour a star.

Group members involved in investigation of tidal disruptions of stars by black holes are an undergraduate student Forrest Kieffer (left), postdoctoral researcher Roseanne Cheng (right) and Tamara Bogdanović, (center). The group is based at the Center for Relativistic Astrophysics at the Georgia Institute of Technology in Atlanta, GA.

The observational searches for this type of transients have improved over the past few years as several astronomical surveys dedicated to scanning the night sky came online. The new observatories are providing us with a larger number of events and data of higher quality. For the first time these may allow us to learn about the type of disrupted stars and to estimate more robustly the mass of the culprit black holes. To do that we need theoretical models that make predictions about the dependence of the observed signatures on properties of the super-massive black hole and disrupted star. 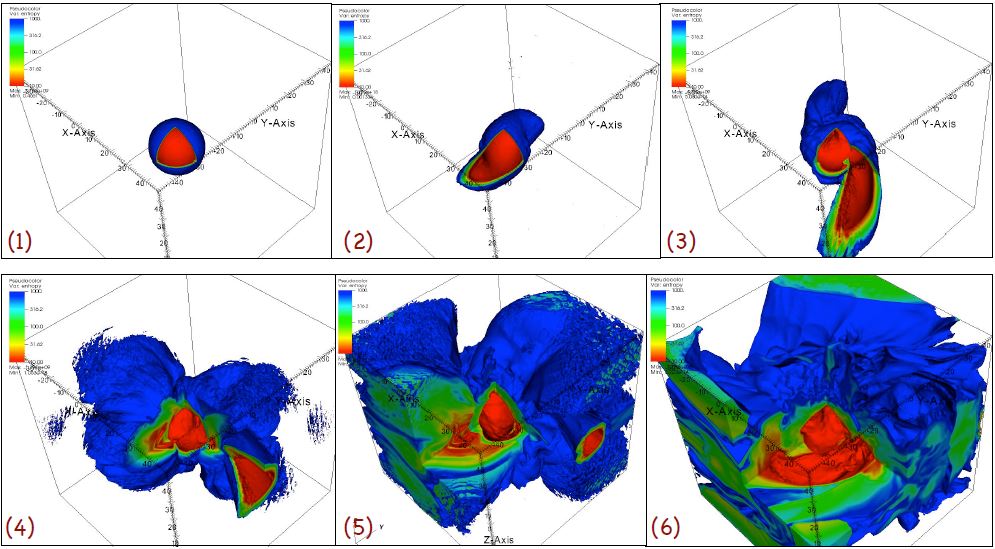 The most recent data on tidal disruption events is already outpacing theoretical understanding and calling for the development of a new generation of models. Within my research group we use supercomputer simulations to complement and constrain theory and observations. Because we have control over this virtual experiment and can repeat it as needed, we can examine the tidal disruption process from many perspectives. This in turn allows us to determine and quantify the most important physical processes at play.