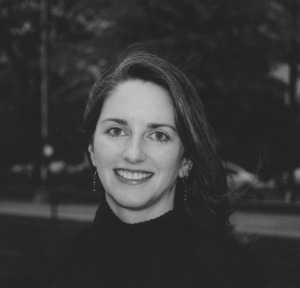 Poetry and science are areas of academia you’d assume have little to no overlap.

Anna Leahy‘s poetry collection Constituents of Matter won the Wick Poetry Prize and was published by Kent State University Press in 2007. Her chapbook Turns about a Point is available from Finishing Line Press. Her poetry also appears in literary journals such as Crab Orchard Review, Cream City Review, The Journal, Nimrod, and other literary journals and anthologies. She served as the Guest Poetry Editor for the second issue of Fifth Wednesday.

Leahy publishes widely in the area of creative writing pedagogy and is currently researching how different fields define creativity. Her edited collection, Power and Identity in the Creative Writing Classroom, launched the New Writing Viewpoints series from Multilingual Matters in 2005. Articles or chapters about teaching appear in Does the Writing Workshop Still Work? (2010), Stories of Mentoring (2008), Can It Really Be Taught? (2007), The Handbook of Creative Writing (2007), New Writing, Inside High Ed, American Book Review, and others. Leahy has collaborated with art historian Debora Rindge and with Douglas Dechow on scholarly articles.

Leahy earned her Ph.D. from Ohio University, her M.F.A. from the University of Maryland, and her M.A. from Iowa State University. She teaches creative writing courses.

One of the recurring goals of both artists and scientists is to explain the universe. A poem can offer a particularized truth: a perspective that, because it is embodied in language that engages the intellect, senses, and emotions, offers knowledge of our world. Similarly, both poets and scientists are limited by the constraints of their respective disciplines, but the methodology and priorities of each are quite distinct.

Robert Frost once said of his experience writing poetry, “you adjust yourself to the motion of the thing itself.” His description presents an interesting distinction between poetry and science. A scientist can’t change her methodology or equipment halfway through an experiment; that would invalidate the results. Repeatability and, with it, universal application based on those experimental constraints is of primary concern for an experimental scientist. Comparably, writing a sonnet—with its structural constraints of 14 lines, 10 syllables per line, and a prescribed rhyme scheme—is akin to running an experiment. Yet, unlike a scientist, a poet has a back-and-forth relationship with a poem, as she drafts and revises, even if that poem’s form uses a set of established rules. Originality of thought and experience, rather than repeatability, is of primary concern for the poet.

But some scientists have shown a great interest in writing poetry. Marie Curie, who was awarded Nobel prizes in physics and chemistry, wrote poems as a young woman. One captures the curiosity necessary for both poets and scientists: “It is the light she longs to find, / When she delights in learning more. / Her world is learning; it defines / The destiny she’s reaching for.”

While scientists do not use poetry to conduct science, some poets, including contemporary poets C. Dale Young, who is also a physician, Sandra Alcosser, Allison Hawthorne Deming, Dorianne Laux, and Tracy K. Smith, all draw from science in their poetry writing.

These unrelated disciplines can meet: when poets bring science into their creative mindset these two ways of understanding the universe converge.

Moments, Causes, The Properties of Light and Vilanelles, and Notes on a Few Atomic Scientists appear in the collection Constituents of Matter by Anna Leahy and published by Kent State University Press.

Moments, Causes is the opening poem in Constituents of Matter, and one of its constraints is to use versions of the six quark names: up/down, charm/strange, top/bottom. Quarks are the elementary particles of all atoms and, thereby, the constituents of all matter and of this poem. Two other poems in the book also employ this constraint to use the six quark names to re-envision matter and meaning in different ways.

The Property of Light and Villanelles uses a complex, repetitive poetic form called the villanelle to explore the way light is understood by scientists, the way our eyes perceive light, and the obsessive aspects of sainthood and complexity of human goodness. Red has the longest wavelength of any color in the visible light spectrum, and light can be understood to function as both a particle and a wave.