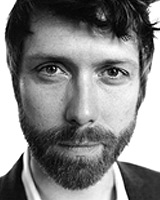 Evolutionary theorists, by contrast, are studying what might be viewed as the brighter side of spite, and the role it may have played in the origin of admirable traits like a cooperative spirit and a sense of fair play – New York Times, March 31st 2014.

Dr. Patrick Forber, associate professor of philosophy in the School of Arts and Sciences at Tufts University, and a team of researchers are studying how the spite has evolved.

Dr. Patrick Forber spends most his research time thinking and writing about biology and philosophy. He has an interest in understanding confirmation, explanation, and idealization in science, especially in evolutionary biology and ecology. His dissertation, “The Traces of Change: Evidence in Evolutionary Biology”, attempts to sketch a “big picture” of how testing and evidential reasoning work in these disciplines. Fascinated by the biological world, he spends his free time wandering the mountains, deserts, and oceans from here to Australia.

The Evolution of Spite

When thinking about the evolution of social behavior, most theorists focus on altruism, fairness, and cooperation. These pro-social behaviors provide the foundation for complex social life and perhaps even morality.

Whether they facilitate hunting big game or raising kin, cooperative behaviors pay off and pay off well. The trouble is that selfish free-riders undermine cooperative social exchanges by reaping the benefits of public goods and avoiding the costs associated with maintaining those goods.

Thus, one key to maintaining cooperation is fairness: enforcing fair division of the spoils or reciprocal exchange can stabilize cooperation by excluding or punishing selfish types. But, there may be a fascinating connection between fair behavior and spite—costly antisocial behavior that inflicts harm on others. Spite thrives when costs are low, the harm it inflicts is high, and it is directed at selfish or cooperative types. Everyone does worse with spite around but the spiteful types manage to achieve a relative advantage.

In some strategic contexts, introducing spite produces some unorthodox results. Under conditions where spite thrives, the selfish types suffer the most. Fair minded individuals who punish unfair behavior do badly as well. They pay a cost to punish and never reap selfish rewards. What remains are two types: the spiteful ones and the ones who play fair with everyone but avoid the costs of punishment by tolerating spite.

What does this mean for the evolution of cooperation? Spite may have emerged first, and then got coopted to serve as a kind of punishment, clearing the way for robust and fair cooperation. Instead of evolution producing cooperation first, then punishment to save it, it may have produced spite-turned-punishment first, which allowed cooperation to flourish later.