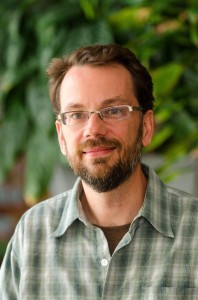 The speed, ferocity, and resilience of tawny fire ants is drawing the attention of the entomology world.

Edward LeBrun, postdoctoral fellow at The University of Texas at Austin, examines the invasion.

Dr. Edward LeBrun is a postdoctoral fellow in the Department of Integrative Biology, College of Natural Sciences at The University of Texas at Austin. He works in the Brackenridge Field Laboratory and is a member of the UT Austin Fire Ant Lab Staff. 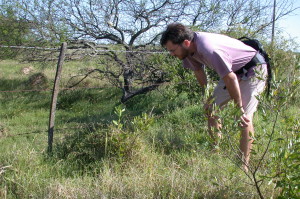 Tawny crazy ants are invading the Southeastern United States. They reach enormous densities, causing big headaches for residents. They also reduce the abundance and alter the composition of the native insect fauna, threatening the integrity of local food webs.

Crazy ants were first reported in the Southeast around 2000. However, they were preceded by another damaging ant invader, imported fire ants. It turns out that tawny crazy ants and imported fire ants both evolved in the floodplains of central South America, competing with each other for millions of years. The success of crazy ants in the U.S. arises in part from the fact that high-density populations are displacing imported fire ants. Fire ants are remarkably tough competitors. How do crazy ants do this?

Many ant species engage in chemical warfare, secreting a diverse array of defensive compounds. Fire ants flick or smear a venom two to three times more toxic than the insecticide DDT onto competitors.

We recently discovered that crazy ants have a secret weapon in their war against fire ants. They can detoxify fire ant venom. To do this, crazy ants carefully apply their own venom, concentrated formic acid, to the areas of their bodies exposed to fire ant venom. This chemical counter-measure is almost 100% effective — so effective that crazy ants will grab droplets of venom off of the tips of their enemy’s stingers, disarming their opponents.

Crazy ants and fire ants have been in contact in the U.S. for only a blink of evolutionary time, so both the speed of detoxification and the invasion occurring in people’s backyards results from millions of years of conflict and evolution in the swampy savannahs of South America. Both plants and bacteria were known to engage in this sort of detoxifying chemical interaction with competitors, but crazy ants provide the first animal example of this phenomenon.