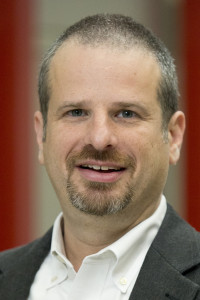 Can any mobile phone user become a photojournalist?

Dr. Andrew Mendelson is an associate professor and chair of the Department of Journalism at Temple University’s School of Media and Communication. He is an expert on visual images and the role they play in society. He recently published a chapter entitled “The Indecisive Moment: Snapshot Aesthetics as Journalistic Truth,” in Assessing Evidence in a Postmodern World (Marquette University Press).

Camera phone images, and the regular people who take them, have become an important tool in documenting significant news events, in many cases carrying a stronger sense of truth than professional photographs.

In my recent article, I examine the distinct histories of the aesthetics of snapshots and news photographs to help us better understand the nature of visual truth in a digital age.

Historically, the aesthetics of snapshot photography seldom overlapped with those of photojournalism. Both forms of photography are highly conventional, with styles we know immediately as belonging to one or the other.

For the most part, the aesthetics of snapshots were seldom used for interpreting public events for a mass audience. Snapshots reflect the untrained eye of most photographers, showing little consideration for formal composition, and revealing direct and personal engagement between photographer and subject. The aesthetics convey a sense that viewers are seeing scenes directly, rather than representation of scenes and suggest little artistic planning or thought, and thus, little sense of intentional distortion. On the other hand, photojournalism’s aesthetics reveal an independent, institutional point of view, with little engagement between subjects and photographers.

The two forms for visual truth, one detached, the other personal, are now clashing in the presentation of news. The aesthetics traditionally associated with snapshots are a common vehicle for documenting events. The unskilled, poorly composed pictures are the new mark of truth for news images. Amateur photographers are the new documenters, speaking to and for power, through the authority of a vernacular or naive aesthetic. The formerly objective is now seen as too subjective, too constructed, too laden with artistic manipulation.