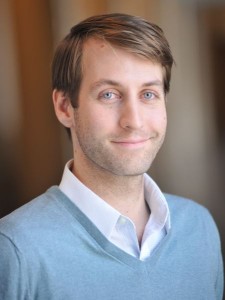 Names, specifically how names sound, have great influence over their perception.

Sam Maglio, assistant professor of marketing at the University of Toronto Scarborough, is studying this concept to better understand how/why we perceive things as we do.

Sam Maglio is an Assistant Professor of Marketing in the Department of Management at the University of Toronto Scarborough, with a cross-appointment to the Rotman School of Management. He studies how situational cues shape consumer thoughts, feelings, and behaviors as well as conditions that help people to mentally transcend such contexts. He received his Ph.D. in Social Psychology from New York University in 2012.

Sam Maglio – The Effect of Names

We’re constantly bombarded with names – from the brand of our morning cup of coffee to the title of the book we read before bed. Though we see them everywhere and all the time, we have surprisingly little awareness of the impact these names can have on our thoughts.

So, we wanted to know whether the name of something changes how we think about that thing. To do so, let’s start by breaking names down into the smallest pieces possible – the vowels and consonants the combine to make them up. If we look just at vowel sounds, we can put them into two different camps: those made in the back of our mouth, like the ‘oo’ sound in blue, and those produced further toward the front, like the ‘ee’ sound in green.

Could these different sounds change what people want out of products? For example, do you care more about what a product can do for you today, or what it might do for you in the future? To answer this, we ran an experiment that asked people to consider getting a massage to alleviate back pain, then we stuck them with a pretty hard tradeoff. One massage was very soothing, but it didn’t cure their problem in the long-term. The other massage did cure their pain, but it was excruciating during the session itself. Which one people preferred, in turned out, depended on what we called this massage.

If the technique just so happened to be called Daru (including the back vowel ‘oo’ sound at the end), people thought about the future and opted for long-term relief. However, if the technique was named Dari (ending on a front vowel ‘ee’ sound), they cared more about right now and preferred a relaxing 60 minutes on the massage table. In other words, simply changing these sounds shifted people’s focus from the present to the future. This tells us that the languages we speak aren’t just arbitrary collections of sounds, but instead they act as subtle yet powerful tools in steering how we make sense of the world.