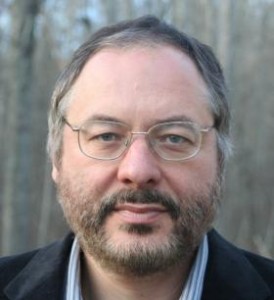 Can math be used to better understand history?

Peter Turchin, professor of ecology and evolutionary biology at the University of Connecticut, is doing just that through complex mathematical algorithms.

Dr. Peter Turchin is a professor in the Department of Ecology and Evolutionary Biology, and adjunct in the departments of Anthropology and Mathematics at the University of Connecticut. I am also Vice-President and a Founding Member of the Board of Directors of the Evolution Institute. He’s also the editor-in-chief of Cliodynamics: The Journal of Theoretical and Mathematical History and the editor of the Social Evolution Forum

Is history just “one damned thing after another”? If not, if there are general principles shaping the broad patterns of history, we should be able to capture them with mathematical models. But would you believe that a mathematical model can predict, with startling accuracy, where and when major civilizations arose?

Before I embarked on my most recent project, I might not have thought so either. But recently, my colleagues and I have developed just such a model. We used a computer simulation to reconstruct the time period between 1500 BC and 1500 AD in the Old World – Africa, Europe and Asia.

We built the model under the premise that large, cohesive states with large populations arise from intense competition between smaller societies, usually in the form of warfare. The strength of such competition depended generally on the development of technology, like metal weaponry, chariots and cavalry; and on the geographic landscape.  We tested our model against the actual historical record, and it was able to predict with excellent accuracy the rise and fall of such great empires as those in Mesopotamia, Egypt, China and India.

These types of models are part of a new field of science my colleagues and I call Cliodynamics, after the Greek muse of history. We use the principles of cultural evolution and complexity science to take real-world data and make specific predictions about history that can be rigorously tested using the scientific method. We can even use math to make sense of such events as the recent U.S. government shutdown.

Although we can’t always predict everything about the future, our research shows that there are general and predictable mechanisms at work shaping the history of our world.

Wired: Mathematicians Predict the Future With Data From the Past