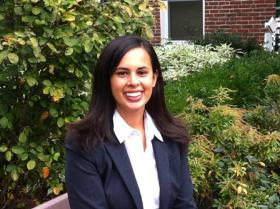 Prejudice is a highly complicated and nuanced concept.

Dr. Jessica Remedios, assistant professor of psychology at Tufts University, examines the perplexing issue of prejudice by taking a look at the variables present in nearly all social interactions.

Dr. Jessica Remedios is an Assistant Professor of Psychology and Director of the Social Identity and Stigma (SIS) lab at Tufts University. Her research aims to understand the impact of stereotypes on stigmatized group members under conditions of complexity. Dr. Remedios earned her PhD. in experimental social psychology from the University of Toronto in 2012.

Understanding why people treat one another as they do helps to distinguish between advice that should be taken or ignored. For example, students may take a trusted mentor’s advice to revise a paper because the mentor has little reason to mislead the student about his writing abilities.

This seemingly simple process is more complicated for stigmatized people. Stigmatized people experience prejudice based on characteristics like skin color or gender. What does the above example have to do with prejudice? Discussions about prejudice often focus on how to stop people from judging others in biased ways. These discussions are important, but they are not the whole story. Consider how everyday decisions may be complicated for people who routinely encounter prejudice. If a minority student learns that a paper must be revised, that student may wonder if the feedback truly speaks to his abilities or if the source of the feedback is somehow racist.

Stepping into the shoes of stigmatized people allows us to glimpse how the environment changes when we may be judged by our group memberships rather than our own abilities.