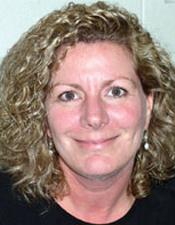 Does the pain felt by an infant affect them later in life?

Anne Murphy, associate professor of neuroscience at George State University, is observing the relationship between pain felt as an infant and the related long-term effects.

Dr. Anne Murphy is an associate professor and the associate director of the Neuroscience Institute at Georgia State University. Additionally, she has a joint appointment in the GSU’s Department of Biology and employs interdisciplinary research to study how endogenous gonadal steroids influence pain sensitivities. She earned a PhD from the University of Cincinnati in 1992.

Approximately 1 in 6 infants are born prematurely each year. Typically, these infants spend 25 days in the Neonatal Intensive Care Unit (NICU) where they experience 10-18 painful and inflammatory procedures each day. Remarkably, pre-emptive analgesics and/or anesthesia is administered less than 30% of the time.

Unalleviated pain during the perinatal period is associated with permanent decreases in pain sensitivity, blunted cortisol responses and higher rates of neuropsychiatric disorders. To date, the mechanism(s) by which these long-term changes in stress and pain behavior occur, and whether such alterations can be prevented by appropriate analgesia at the time of injury, remains unclear.

We have previously reported in rats that inflammation experienced on the day of birth permanently upregulates central opioid tone, resulting in a significant reduction in adult pain sensitivity. However, the impact on early life pain on anxiety- and stress-related behavior is not known.

As adults, animals that experienced pain on the day of birth displayed blunted responses to anxiety- and stress-provoking stimuli. These animals also show decreased corticosterone release following stress.  The dampened behavioral responses to anxiety- and stress-provoking stimuli were accompanied by 2-fold changes in brain enkephalin expression, an endogenous opioid known to regulate stress and pain. Changes in brain enkephalin levels were evident 24 hours after injury and persisted into adulthood, suggesting that early life pain permanently alters brain opioidergic circuits.  These changes in stress responsiveness were completely reversed in animals that received morphine at the time of injury.

Together, our studies demonstrate the degree, severity and preventability of the long-term deficits in stress response associated with a single painful experience early in life.  The goal of this research is to promote change in the treatment of infant pain in the NICU to reduce long-term sensory and mental health complications associated with prematurity.